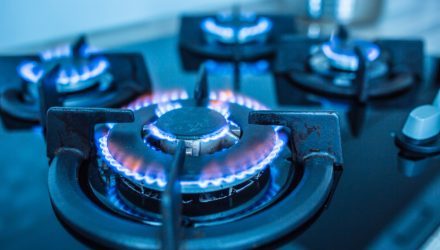 The current rally is a seasonal anomaly since past U.S. natural gas price spikes were usually triggered by cold blasts that fueled heating consumption or by Gulf of Mexico hurricanes that cut supplies, Bloomberg reports. For this period of the year, North American weather is typically benign so utilities, manufacturers, and brokers can steadily build up volumes of gas in storage caverns for use later in the year.

However, the combination of the post-pandemic economic expansion that contributed to heightened consumption, along with a surge in overseas demand and a muted output response from domestic shale drillers have contributed to surging prices.

U.S. gas inventories are now 17% below normal levels, reflecting the biggest storage deficit since 2019 for this period of the year. While the shortfall isn’t a big concern at the moment, the market is still seeing record exports of liquefied natural gas, especially to gas-starved Europe, and stalled gas production growth.

Consequently, market expectations are for any trigger to contribute to higher gas prices ahead with solid support on the bottom.

“I would be shocked if you got a cold start to winter and natural gas didn’t break $10,” Ron Ozer, founder and chief investment officer of Miami-based hedge fund Statar Capital LLC, tells Bloomberg.

Ozer noted that in previous years, a 30-cent move in gas prices would cause power generators to switch to cheaper coal, but many coal plants have shuttered due to environmental and economic pressures. Meanwhile, nat gas demand remains more inelastic.

“We are in the lowest-risk weather time of the year, so if this is what it looks like in May, what does it look like in the peaks of summer? What is it going to look like in that cold start of winter? That would create some extreme price moves,” Ozer adds.