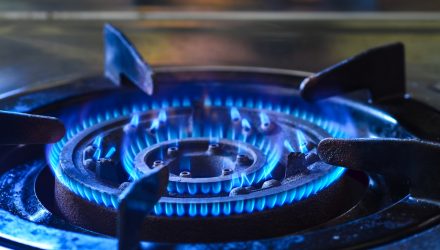 Natural Gas ETFs Bounce on Another Round of Cold Weather Ahead

Natural gas futures and related exchange traded funds jumped on Monday as another round of cold weather could fuel heating demand ahead.

Specifically, the European weather model revealed a colder outlook, projecting chillier temperatures in the northern part of the lower 48 states for the February 24-26 period toward weather that is “closer to seasonal demand,” according to NatGasWeather.

However, the American model warns of extended warmer weather trends for the February 22-28 horizon.

“We expect the natural gas markets are likely to favor the colder trending European model, and this could be the reason” that prices climbed following the weekend break, NatGasWeather says.

Maxar’s Weather Desk also outlines colder weather trends over the west, the central lower 48 states, and the northeast for the February 24-28 timeframe.

“The period features below normal temperatures in the West and above normal readings in the Southeast,” Maxar says. “This comes in a pattern influenced by a ridge over the Gulf of Alaska, which builds into Northwest Canada, blocking in a colder pattern trough over the western U.S.” The pattern also presents the “potential for backdoor cooling at times in the Northeast.”

However, for the mid-term outlook, analysts warn of downward pressure on the natural gas market due to fading weather-related demand.