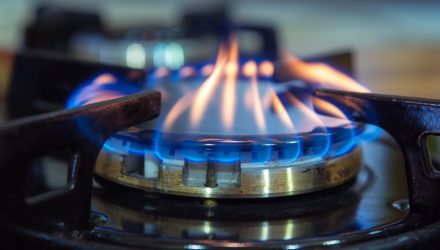 Natural gas prices and related exchange traded funds have been gaining momentum during this seasonally weak period of the year.

Natural gas prices typically retreat with the winter thaw as demand for heating diminishes and the market experiences a lull before air conditioning season starts up in summer. Gas producers and traders would typically take the off-season to build inventories ahead of heightened electricity demand over summer.

However, prices have continued to rise into spring due to record export volumes heading toward Europe after the White House promised to support even more shipments of liquefied natural gas, or LNG, to allies in a bid to wean their reliance off Russian energy supplies, the Wall Street Journal reports.

To put the abnormal pricing in perspective, U.S. natural gas futures for April delivery ended Tuesday at $5.336 per million British thermal units, or over double the price year-over-year. The last time investors witnessed a price jump in the natural gas market during this time of the year was in 2008 when energy prices climbed ahead of the financial crisis.

This time around, investors are witnessing supportive fundamentals from both the supply and demand side. On the demand side, Europe is sopping up the extra natural gas. Meanwhile, on the supply side, U.S. producers who have been burned in previous years from expanding operations too quickly are now holding back.

Consequently, natural gas inventories across the lower 48 states are now 17% below their five-year averages for this time of year, despite production that has exceeded pre-pandemic highs, according to the Energy Information Administration.

“We are in a new phase for U.S. gas markets,” Ryan Fitzmaurice, senior commodity strategist at Rabobank, told the WSJ.