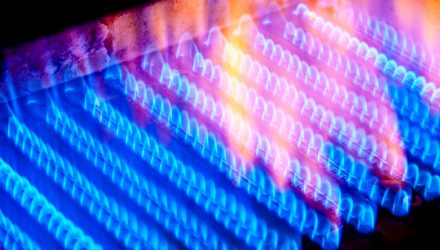 Natural gas ETFs may continue to weaken as U.S. shale producers ramp up production to capitalize on the spike in oil prices, following the attacks on Saudi Arabia’s oil facilities.

The United States Natural Gas Fund (NYSEArca: UNG) has increased 15.6% over the past month, with Nymex natural gas futures trading around $2.54 per million British thermal units.

However, natural gas prices have begun to falter as investors look to the supply outlook. Many are concerned that the increased drilling in places like West Texas and North Dakota from producers hoping to capitalize on the spike in crude oil prices could also flood the market with additional natural gas, the Wall Street Journal reports. Natural gas is also extracted when shale oil producers look for crude oil.

Natural gas futures were already retreating after the U.S. Energy Information Administration revealed a bigger-than-expected injection of gas into storage on Thursday. Natgas prices, though, remain over 20% above a three-year low of $2.07 on August 5.

Crude oil prices surged 15% after the weekend attacks on Saudi Arabia’s oil facilities before paring their increase to about 6% after the Kingdom said it would resume full production in a few weeks. Goldman Sachs analysts warned that a sustained price increase for crude or natural-gas liquids like propane could tempt U.S. companies to drill more.

The Energy Information Administration has calculated that the amount of natural gas extracted in Appalachia, West Texas, Louisiana, North Dakota and on the Great Plains will next month surpass records.

Looking ahead, Goldman projects an an average gas price of $2.50 next year, but cautioned that its estimate might be high if oil drillers ramp up production.

“Appalachia producers in particular need to show restraint in order to keep the market balanced into 2020,” the bank’s analysts said in a research note.

Natural gas markets are already seeing higher gas supply at the start of the seasonal shift to autumn when prices typically pull back before winter demand picks up.