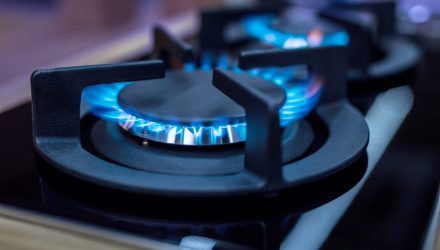 Natural gas futures and related exchange trades were on fire Friday as a notable shift in the weather pattern, along with short sellers caught out of position, helped push prices higher.

Looking ahead, NatGasWeather projected a hot US pattern through Saturday with highs of upper 80s to lower 90s from the Great Lakes to the Northeast, including Chicago and New York City for July 3 to July 9.

The Southwest is expected to be the hottest with highs into the 100s. Consequently, the nation’s strongest demand will be across the Southeast and Mid-Atlantic Coast as highs reach the mid-90s. Additionally, the high humidities could push the Heat Index into the 100s.

“Overall, demand will be high through Saturday, then easing to moderate,” according to NatGasWeather.

Bespoke Weather Services also underscored the hotter July than the market was prepared for last week. They also argued that the magnitude of the rally was exaggerated due to the large short position that had built up in the market in recent weeks. Short sellers would have to shift into a long position when they are caught out of positions, such as what happened on Friday, further fueling the price spike.

“Many of these new shorts have had to cover heading into the weekend. This sets the market up for potentially another very interesting week next week, as we see if the weather pattern can hold these hotter changes, add to them, or revert back somewhat cooler,” Bespoke Weather Services said.

Currently, we see a lack of cooler conditions anywhere, which may keep national demand elevated. The projected gas-weighted degree day total for this July is getting close to the levels seen in July 2018, which was previously one of the hottest or highest demand Julys on record.