You are at:Home»Alternatives Channel»More Bad News Could be Looking for This Energy ETF 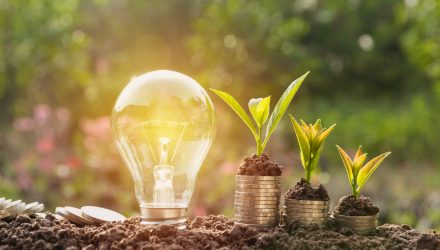 More Bad News Could be Looking for This Energy ETF

Already under immense pressure, the energy sector was dealt another massive blow Tuesday when Occidental Petroleum (NYSE: OXY) slashed its dividend by 86%, stoking already fervent speculation that the energy patch will be home to an array of negative dividend action this year.

“Most analysts expect that oil will continue to struggle as Saudi Arabia and Russia engage in a war for market share. Among the most vulnerable in this environment are the oil services companies,” reports Avi Salzman for Barron’s.

Making matters worse is Russia’s pledge to up output after Saudi Arabia it will do the same, touching off the price war that sent oil and ETFs like IEZ sliding.

“At first-quarter results, we’d like to see all management teams acknowledge 2020 will be a complete wash out for new work,” said Bernstein analyst Nicholas Green in a recent note to clients. “No more optimism. The goal is to permanently end the cycle of sell-side downward earnings revisions.”

The analyst pointed to several IEZ components that should cut their payouts and do so quickly.

“Green pointed to six companies that he thinks need to cut their dividends sooner rather than later: TechnipFMC (FTI), Helmerich & Payne (HP), Patterson-UTI Energy (PTEN), Petrofac (POFCY), and Schlumberger (SLB),” according to Barron’s.

Schlumberger is IEZ’s largest holding, accounting for more than a quarter of the ETF’s weight. Helmerich & Payne and Technip combine for more than 10% of IEZ.

Weighing on the outlook for oil and energy equities is the recent erosion of the clout of OPEC. The 14 OPEC countries initially wanted to reduce output by 1.5 million barrels per day, or 1.5% of world production. OPEC countries led by Saudi Arabia and Iran argued they need non-member allies like Russia to take on 500,000 barrels of that cut. Russia, though, was loath to comply, and OPEC Secretary General Mohammed Barkindo of Nigeria revealed the meeting had been adjourned without an agreement.