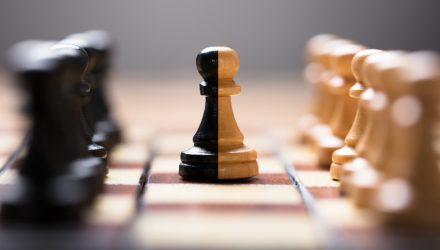 MERFX Has More Merger Arb Opportunity Than Meets the Eye

Due in part to factors such as persistently high inflation, rising interest rates, the war in Ukraine, and ongoing U.S./China geopolitical tensions, among other issues, overall mergers and acquisitions activity in 2022 is somewhat lethargic relative to previous years. However, a slowdown in announced deals doesn’t necessarily dent the case for merger arbitrage funds such as the Merger Fund (MERFX). Despite some lethargy on the deal-making front, MERFX’s opportunity set remains surprisingly robust.

“Reflecting that uncertainty, average deal spreads — the gap between the deal price and the share price — have risen from 5.1 percent annualized, at the start of the year, to 12.5 percent through October 31, 2022, according to data from UBS Special Situations, which considers deals with a spread of between zero and 50 percent,” according to a blog by Westchester Capital Management posted on Virtus.com. “However, although gross M&A activity has declined from the record achieved just last year, the opportunity set remains quite attractive: in fact, transaction activity is easily comparable to 2017–2019 levels.”

Potentially bolstering the case for MERFX with 2023 right around the corner is the point that while overall deal flow slumped a bit this year, mega-deal activity is steady. That could be a sign that cash-rich companies are looking for big targets, and it’s possible that trend will carry over into next year, particularly when considering the 2022 equity market slump.

“The market for megadeals (deals with a value exceeding $10 billion) remains strong. One would think that uncertainty would discourage such large and complicated transactions,” added Westchester Capital. “But 2022 has produced as many megadeals as the technology, media, and telecom flurry during 2021. Megadeals accounted for 28 percent of 2022 deal value through Q3 2022 versus 23 percent a year earlier. There were 34 through October, compared with 37 during all of 2021 and 2020.”

Past performance isn’t a guarantee of future returns, but MERFX’s near-term returns are compelling. After gaining just over 1% in October, MERFX entered November with a year-to-date gain of roughly the same amount. That’s vastly superior to what investors have earned this year with the S&P 500 and broad bond benchmarks.

“Notwithstanding the prevailing market pessimism, the portfolio management team is tracking approximately 200 transactions, consistent with the Fund’s historical opportunity set of between 180-220 deals globally. The Fund’s invested in seven new deals during the month, and 17 were successfully completed,” concluded Westchester Capital.