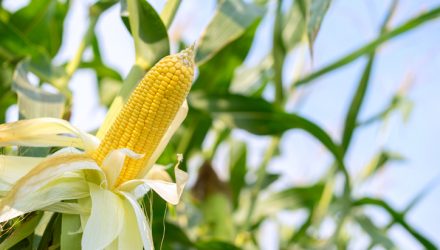 Making The Corn Call For Commodities

Precious metals are once again commanding most of the limelight in the commodities complex this year, but investors shouldn’t sleep on agriculture exchange traded products, such as the Teucrium Corn Fund (CORN), Teucrium Soybean Fund (NYSEArca: SOYB) and the Teucrium Wheat Fund (NYSEArca: WEAT).

“The rising coronavirus infection count and death tolls have had a ‘bearish emotional impact’ on commodity prices that are most sensitive to Chinese demand, including soybeans, says Todd Hultman, lead analyst at commodity market information and analysis provider DTN,” reports Myra Saefong for Barron’s.

A growing global middle class has also raised the demand for grains both directly and indirectly, especially in the emerging markets where they shift toward greater meat consumption, which requires high grain-based animal feed. In 2018, half the world reached middle class, and by 2030, the middle class is projected to dominate the global population.

“In the meantime, there have been concerns that China may not meet its trade deal obligation to purchase $36.5 billion of U.S. agricultural commodities this year and $43.5 billion in 2021, says Dan Cekander, president of grain-market service DC Analysis, adding that he believes the coronavirus has delayed Chinese buying under the trade pact,” according to Barron’s.

However, some commodities markets observers believe soft commodities are poised to bounce back once the coronavirus issue abates, potentially bringing a buying opportunity for CORN in the process.