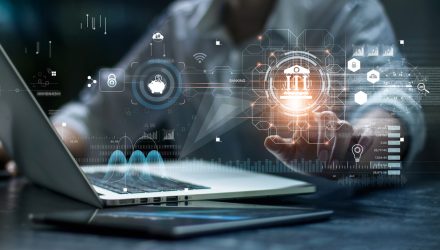 High yield bonds are enduring their share of punishment as interest rates spike and leveraged loans are getting caught up in the downdraft, but some market observers believe high yield bonds are offering value to income investors.

Assuming that call is accurate, it could spell relief for exchange traded funds such as the Virtus Seix Senior Loan ETF (SEIX). The actively managed SEIX aims to deliver high levels of current income by focusing on leveraged loans, which are also known as bank loans or senior loans.

Junk bonds of any stripe are not perfect, but an asset such as SEIX is useful in rising rate environments — history proves as much — because the bulk of the leveraged loan universe is backed by floating rate notes (FRNs). FRNs are among the least rate-sensitive corners of the fixed income market, underscoring why investors often turn to leveraged loans when rates rise.

Said another way, an ETF such as SEIX offers both income and some buffer against Federal Reserve tightening. These days, that’s an alluring combination. Additionally, soaring yields in the leveraged loan space could be a credible buy signal.

“On the heels of the recent sell-off, LL yields incorporating the forward curve are now above 8% for only the fifth time since the 2008-2009 financial crisis. Historically, buying both LL and HY when yields are above 8% has generated strong forward returns,” added Goldman.

With value available with both leveraged debt and traditional junk bonds, SEIX’s status as an actively managed ETF is all the more meaningful because it implies managers can potentially capitalize on valuation opportunities.

“We believe both HY and LL continue to offer value. The key issues for investors to consider when investing in either or both asset classes are their views on duration and interest rates, given the convexity of HY and the zero duration plus forward curve realization for loans,” concluded Goldman Sachs.