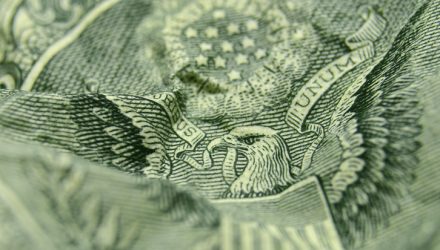 For much of last year, the Invesco DB US Dollar Bullish (NYSEArca: UUP) was a stout performer among currency ETFs, but that strength rapidly turned to weakness in December as UUP slipped nearly 3%.

UUP tracks the price movement of the U.S. dollar against a basket of currencies, including the euro, Japanese yen, British pound, Canadian dollar, Swedish krona, and Swiss franc. Now, some currency market observers are banking on more downside for the greenback.

“The currency is set to extend losses as a truce in the U.S.-China trade war and signs that global growth is improving sap demand for haven assets, according to ABN Amro Bank NV. At the same time, the Federal Reserve has taken a dovish tilt, which will help shrink the yield premium offered by U.S. Treasuries, says M&G Investments Ltd.,” reports Bloomberg.

UDN seeks to track the changes in the level of the Deutsche Bank Short US Dollar Index Futures Index, which reflects the changes in market value over time, whether positive or negative, of a short position in the DX Contract which expires during the months of March, June, September, and December. The fund seeks to track the index by establishing short positions in DX Contracts. DX Contracts are linked to the six underlying currencies, or the index currencies, of the U.S. Dollar index (USDX®), or the USDX®. The index currencies are Euro, Japanese Yen, British Pound, Canadian Dollar, Swedish Krona and Swiss Franc.

“Another major pillar behind the dollar’s multi-year advance was also undermined last year as the U.S. central bank halted a series of rate hikes by cutting its benchmark in July, September, and October to support slowing growth,” according to Bloomberg.

In other words, it often takes a while for Fed rate cuts to be felt throughout the economy. These days, the dollar may be feeling the impact of 2019’s first or second rate cut and there could be more upside coming for UDN if the third rate reduction seen late last year makes way to the greenback.

For more on alternative asset classes, visit our Alternatives Channel.