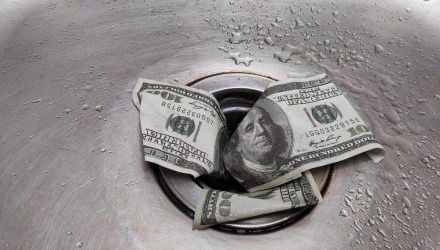 It’s Getting Harder and Harder to Bet on Dollar Strength

The U.S. dollar is sagging. Investors can capitalize on its weakness with the Invesco DB US Dollar Index Bearish Fund (UDN).

The fund seeks to track the index by establishing short positions in DX Contracts. DX Contracts are linked to the six underlying, or index, currencies of the U.S. Dollar Index (USDX®), or the USDX®. The index currencies are Euro, Japanese Yen, British Pound, Canadian Dollar, Swedish Krona, and Swiss Franc.

“The U.S. dollar lost ground to its developed-market peers in November, and currency strategists expect further weakness into 2021 as the Biden administration moves into the White House and coronavirus vaccines are developed,” reports S&P Global Market Intelligence. “All nine of the dollar’s peers in the so-called G10 gained on the dollar in November, led by the Norwegian krone, which gained 7.09% on the dollar, and the New Zealand dollar, which gained 5.93%.”

The Dollar’s Dilemma is UDN’s Utopia

Data confirm that the Dollar Index is in correction territory, which if realized, could hasten more declines. Additionally, the upcoming presidential election could have profound consequences for the greenback.

Some market observers are growing bearish on the dollar, meaning it could be time to look at UDN, which is higher by 3% over the past month. 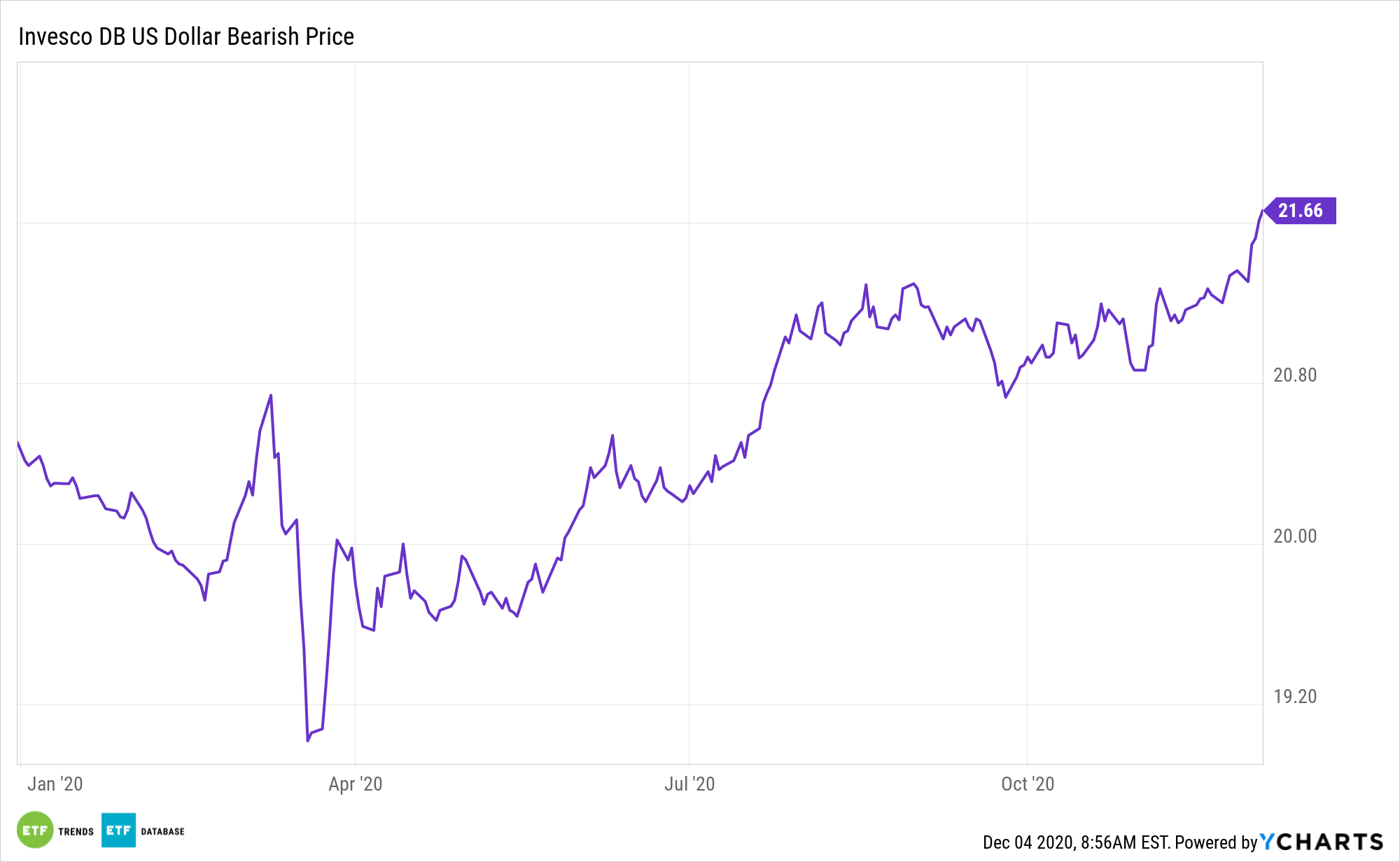 “The dollar’s latest underperformance in November was largely a function of a “market-friendly” U.S. election outcome, in which Democrat Joe Biden won the presidency but Republicans appear likely to hold on to the Senate, as well as positive news on coronavirus vaccine development from Pfizer Inc., Moderna Inc. and others,” according to S&P Global.