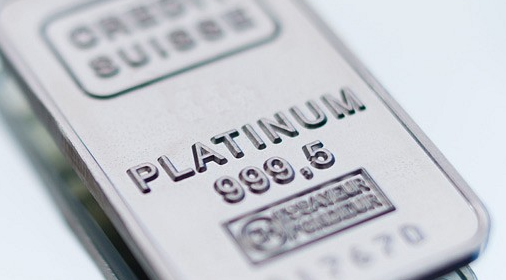 Inside The Powerful Palladium ETF

Gold exchange traded funds are commanding the headlines, but the Aberdeen Standard Phys PalladiumShrs ETF (NYSEArca: PALL) is this year’s star among precious metals ETFs as highlighted by a year-to-date gain of 26%.

Some market observers believe palladium demand will be steady over the next several, potentially underpinning higher prices for PALL. Palladium is key component used by the car industry in catalytic converters fitted in petrol-powered vehicles to diminish harmful greenhouse gas emissions.

“Back in January, palladium became the most expensive precious metal for the first time since 2002, and by July 8, 2019, it had reached USD 1,542 per troy ounce, a premium of almost USD 150 to gold,” said S&P Dow Jones Indices in a recent note. “When compared to its sister metal, platinum, the performance of palladium has also been impressive, with the platinum/palladium ratio more than halving since the beginning of 2017.”

This year, PALL has outperformed comparable gold ETFs by a margin of about 2.5-to-1. However, the auto industry remains the chief driver of palladium demand.

“Approximately 80%  of palladium demand comes from the automotive industry. Its other uses include electronics, dentistry, and jewelry,” said S&P Dow Jones. “As regulations on emissions have tightened, demand for palladium to be used in the catalytic converters of gasoline-powered vehicles has risen. Gasoline vehicles have also become more popular in the wake of a number well-publicized diesel emissions scandals (diesel-powered cars use platinum in their catalytic converters).”

For investors considering PALL, the production scenario should be monitored, too, and that includes keeping abreast of goings on in Russia and South Africa, the dominant producers of the metal.

“Palladium is a by-product of platinum and nickel mining and is primarily mined in South Africa and Russia, and both countries face a myriad of investment and production challenges,” said S&P Dow Jones. “Palladium prices spiked in March 2019 when Russia’s Ministry of Industry and Trade announced it was considering a temporary ban on the export of precious metal scrap and tailings, while in South Africa, the world’s largest platinum miners are about to embark on a series of wage negotiations with unions, which in the past have led to lengthy mine strikes.”