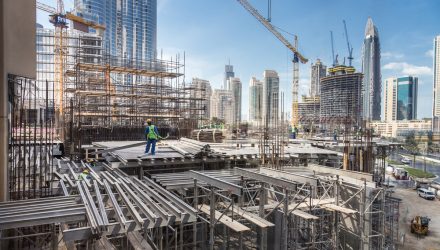 The U.S. is great at a lot of things, but infrastructure investment isn’t one of them. The need to change that and change it quickly puts a spotlight on ETFs such as the AGFiQ Global Infrastructure ETF (GLIF).

“There is reason to suspect that high U.S. costs are part of a deeper problem. For example, construction seems to take a lot longer in the U.S. than in other countries,” writes Noah Smith for Bloomberg. “In China, a 30-story building can be completed in only 15 days. In Japan, giant sinkholes get fully repaired in one week. Even in the U.S. of a century ago, construction was pretty fast — the Empire State Building went up in 410 days.”

Today “it takes the U.S. many years to spend the money that Congress allocates for infrastructure. New buildings seem to linger half-built for months or years, with construction workers often nowhere to be found,” notes Smith.