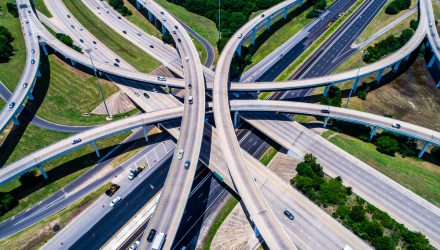 Infrastructure Is Moving Into Limelight, Consider This ETF

Spending on infrastructure is a typical election year theme, but with the economy still fragile and Election Day just a few months away, ETFs such as the AGFiQ Global Infrastructure ETF (GLIF) are taking on added importance.

“Yet here we are in 2020, and little has been done on the infrastructure front — despite many experts saying trillions of dollars need to be spent on transportation and broadband networks,” reports Paul LaMonica for CNN Business.

“But this stimulus may be even more urgent now during the Covid-19 pandemic: Millions of Americans are out of work. Federal money earmarked for infrastructure could serve as a modern-day version of FDR’s New Deal or Eisenhower’s Federal Aid Highway Act,” according to CNN.

In theory, GLIF should benefit because infrastructure is one of a small number of bipartisan issues politicians consider.

“There is a bipartisan call for such spending. New York Governor Andrew Cuomo, a Democrat, is pushing for an infrastructure package. So are Republican senators Roy Blunt and Roger Wicker,” according to CNN.