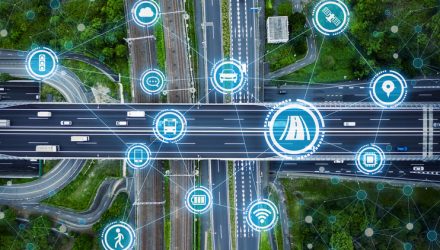 How to Play Increasing Infrastructure Efforts in the U.S.

U.S. infrastructure offers plenty of potential for investors, but has also been a vexing concept because it has been generations since Uncle Sam last passed a substantial infrastructure spending package. Investors can get defensive with infrastructure by using exchange traded funds, such as the AGFiQ Global Infrastructure ETF (GLIF).

“The cold truth is that the nation’s overall infrastructure grade, as of 2017, is a D+ according to the American Society of Civil Engineers (ASCE),” reports International Business Times. “Our bridges, highways and critical transportation infrastructure are failing under the weight of usual, every-day use. The same study from ASCE estimates that it will take $4.6 trillion just to get back to a B, and even more to maintain it.”

“The bottom line is that our country’s infrastructure has been on life support for decades,” according to IBT. “In 2015, then President-elect Trump promised to make our infrastructure ‘second to none.’ To date, little has been done to deliver on this promise but it’s not too late.”

“One way for the government to potentially save billions over the next 10 years, for example, is by building with cheaper, stronger and more corrosion-resistant nanolaminated alloys and coatings. These materials can enable our infrastructure to endure centuries instead of decades,” according to IBT.