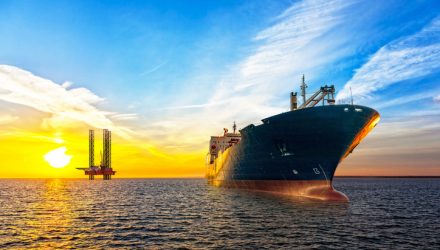 Guess What Country Has The World’s Largest Oil Reserves?

The United States Oil Fund (NYSEArca: USO), which tracks West Texas Intermediate crude oil futures, rallied Thursday on news of attacks on oil tankers in the Gulf of Oman, but there is some other news oil investors may want to consider.

Earlier this week, the U.S. Energy Information Agency (EIA) cut its forecasts for 2019 world oil demand growth and U.S. crude production in light of the growing trade tensions between the world’s two largest economies that have crippled economic activity. Trade tensions also weighed on the energy market Wednesday after U.S. President Donald Trump said he was pushing back a trade deal with China.

Another catalyst: the U.S. is now home to the world’s largest oil reserves.

The U.S. can continue bolstering its position as a global leader in oil production and reserves.

“Tight oil plays in the Permian Basin in Texas and New Mexico now hold 100 billion barrels of recoverable oil resources, according to Rystad Energy’s analysis,” notes Rystad. “Shale/tight resources in the Permian thus remain largely flat from the previous year, as production has been replaced through improvements in well configuration, largely driven by supermajors increasing their footprint in the Permian Midland Basin and by fine-tuning operations.”