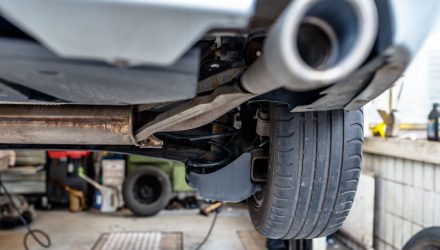 Palladium prices and related ETFs have continued to rally and stood out among the precious metals group as growing demand for cleaner vehicles.

The Aberdeen Standard Physical PalladiumShares ETF (NYSEArca: PALL) gained 8.8% so far in the new year and rose 23.7% over past three months while the palladium spot price now hovers around $2,132 per ounce.

The precious metal has benefited from ongoing demand form the car industry for palladium-based catalytic converters on exhaust systems, along with limited supplies out of South Africa and Russia, the Financial Times reports.

Car catalyst demand jumped over the past couple of years due to stricter emissions regulations across Europe and China’s plans to toughen standards in a bid to reduce smog. Catalytic converters help diminish toxic emissions and produce carbon dioxide, water and nitrogen.

Furthermore, palladium catalysts are also incorporated in hybrid cars, which are powered by engines along with electric batteries. Hybrid cars may also require greater quantities of the precious metal since the engine does not have normal time needed to warm up the catalyst.

Looking ahead, the constrained supply could further support prices, but carmakers could also look to alternatives. Bank of America Merrill Lynch analysts warned that carmakers could struggle to find more palladium in the next few years as global supply is set to remain flat at about 10.2 million ounces.

“Carmakers are starting to look into substitution. It will probably take another 12 to 18 months,” Michael Widmer, an analyst at BofA, told the Financial Times. “You can get hold of palladium but you have to pay up for it.”

“The quicker they do the substitution, or re-jig the catalysts, the quicker the rally will ultimately come to an end,” Widmer added.

The precious metals group also enjoyed a good boost at the start of 2020 on the heels of increased safe-haven buying in response to the geopolitical risks in the Middle East.