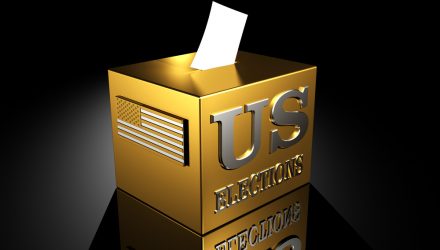 Gold ETFs to Shine Regardless of the Election 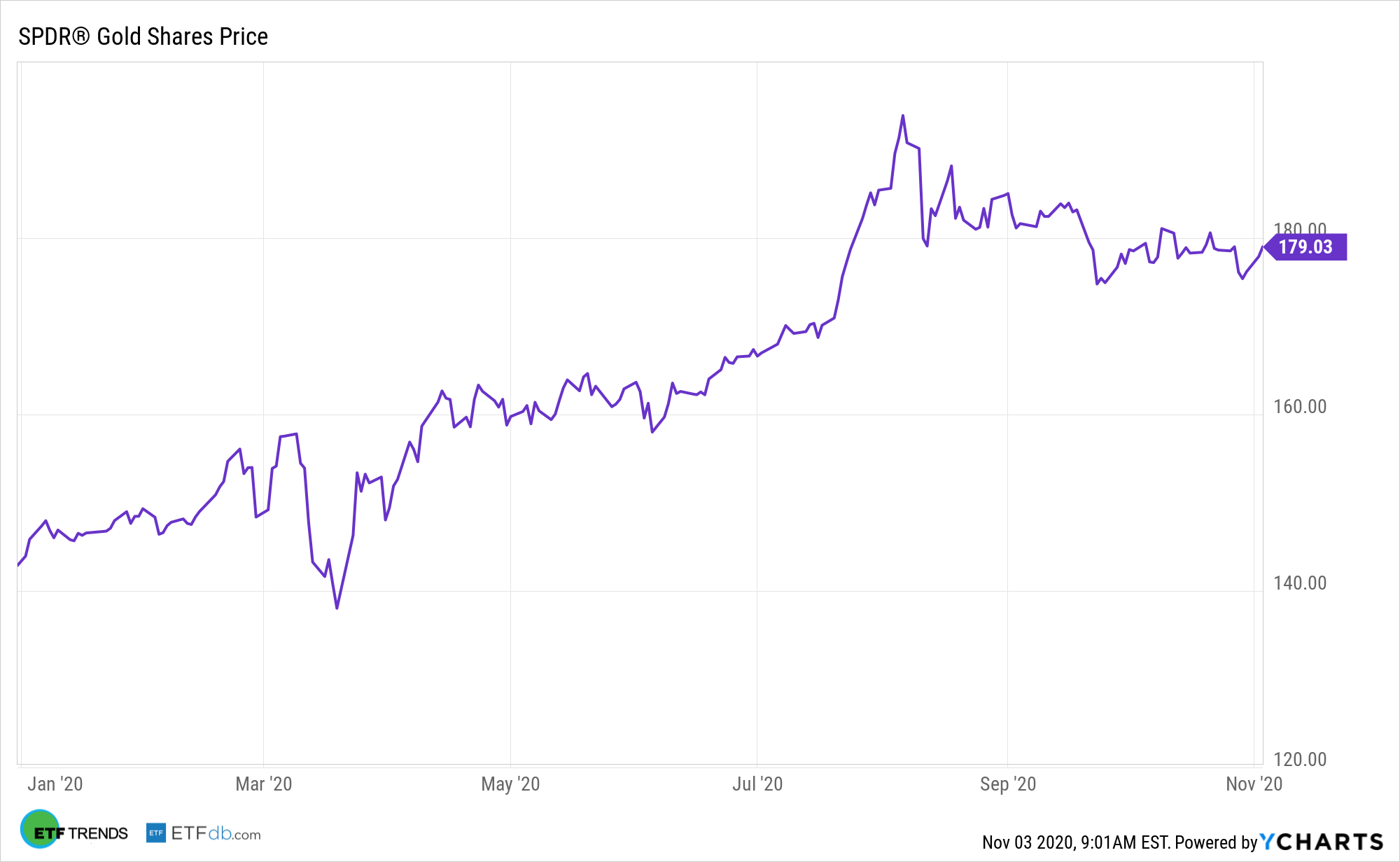 Gold has been a popular play for investors to hedge against ongoing volatility, uncertainty, and inflationary risks. The coronavirus pandemic has ravaged economies and fueled heightened uncertainty, which has in turn helped support gold as a safe-haven bet. Meanwhile, the copious amounts of fiscal and monetary stimulus measures have inundated the markets with cash, fueling demand for physical assets like the hold that can help investors maintain their purchasing power.

Historically, gold performs better when a Democrat is in the White House, but it’s hard to ignore the fact that GLD and GLDM are among this year’s best-performing commodities ETFs with a Republican in the Oval Office.

“Gold prices moved higher for the second consecutive trading session. This comes despite a rising dollar,” writes David Becker for FX Empire. “US yields moved lower on Monday, despite a stronger than expected US ISM manufacturing report which paved the way for lower gold prices. Riskier assets were mixed.  With the general election in the US on Tuesday, markets will remain on edge. A Biden victory is priced into the markets, but given the results of the 2016 election, it’s impossible to tell.”

It’s been a banner year for gold exchange-traded funds (ETFs) and more market uncertainty ahead could keep feeding into more inflows. With Q4 still left to go and gold ETF holdings rising for a 10th consecutive month, gold could set a new record high. 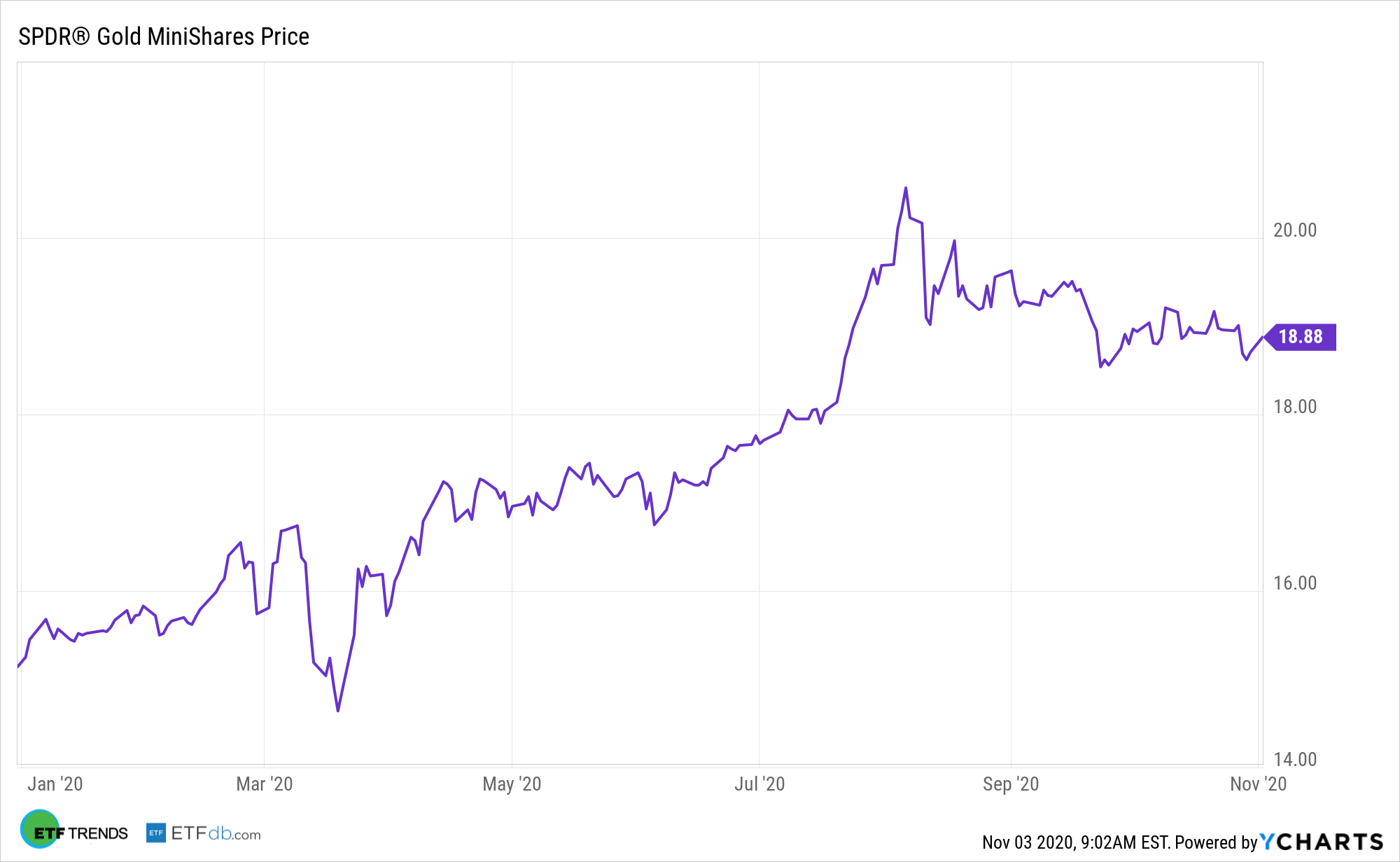 On a technical basis, gold looks interesting over the near-term.

“Support on the yellow metal is seen near the September lows at 1,848. Short-term momentum is positive as the fast stochastic generated a crossover buy signal. The current reading on the fast stochastic is 28, up from 17 which reflects accelerating positive momentum. Medium-term momentum is negative as the MACD (moving average convergence divergence) histogram is in the red with a flattening trajectory that points to consolidation,” according to FX Empire.