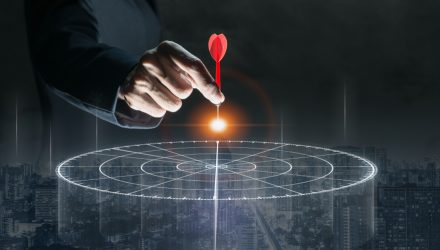 Event-Driven Strategies Back in Focus

Event-driven strategies that focus on corporate actions — usually merger arbitrage — could be increasingly appealing to investors looking for alternative asset classes and rising rates protection. The Merger Fund (MERFX) is one of the potential standouts in the field of merger arbitrage funds. MERFX turns 34 years old in January, confirming a track record that spans a variety of market climates.

Due in part to rising cash rates, merger arbitrage could be an appealing alternative asset class for investors today and into 2023. However, it’s important that market participants understand the mechanics that make a fund such as MERFX function.

“The main driver of returns for merger arbitrage is the spread between the price at which company is set to be acquired and its price after the deal is announced,” according to Morningstar research. “An acquisition target’s stock price typically gets a boost following the announcement, though its price usually doesn’t reach the agreed-upon acquisition price. This spread reflects the risk of the deal falling apart (the more skeptical market participants are, the larger the spread). If the deal closes, the event-driven fund earns that spread.”

MERFX is an actively managed fund, and that’s pertinent because merger arbitrage is very much a strategy that requires a hands-on approach. One reason MERFX’s status as an active fund is potentially beneficial to investors is that not all announced deals reach the finish line.

There are instances when announced acquisitions collapse and downside for the target company can exceed the previously established spread. On that note, the ability of MERFX’s managers to select the right deals and keep tabs on those transactions could be a source of allure for investors.

MERFX “has invested in merger-arbitrage strategies since its 1989 inception. Its edge comes from an investment process that leverages a combination of legal, investment banking, and equity derivatives expertise to assess deal risks,” added Morningstar.

At the end of the third quarter, the fund held 79 long positions and seven short positions with an average position size of 1.12%, according to Virtus data. As of September 30, the fund’s top 10 positions accounted for 24.68% of the mutual fund’s weight, indicating that single deal risk is relatively low in the fund.

Nearly 90% of the deals featured in MERFX are being funded with cash, and 6.53% are a mixture of cash and equity.