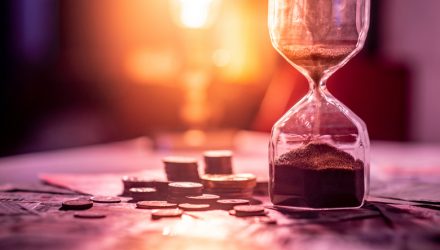 Investors who are looking for ways to diversify an investment portfolio against risks ahead may want to consider Defined Outcome ETF investing. These Buffered ETFs can help create a globally-allocated equity portfolio with built-in buffers.

Bond highlighted the ongoing demand for downside risk mitigation as investors have piled on $3.2 trillion into hedge funds and $1 trillion into equity-linked structured products. However, he argued that these solutions, notably products issued by insurance companies and banks, often fail to deliver downside protection and are also come in sub-optimal investment wrappers.

Specifically, Bond argued that bonds may not provide the downside buffer investors are historically accustomed to with credit risk exposures. Hedge funds are expensive, have spotty track records over the last market cycle and come with high minimums. Shorting the market typically come with high carry costs, limited upside exposure and requires the ability to time the markets well. Additionally, the ability to access the insurance and bank products typically is only available through agents or brokers.

On the other hand, investors can look to Innovator’s Defined Outcome ETFs, which come with no credit risk, intra-day liquidity, no surrender fees, access on an exchange, no commissions and lower fees. Specifically, Innovator ETFs has come out with a suite of Defined Outcome ETF strategies with a build-in buffer to help investors hedge against risks ahead, depending on one’s level of risk aversion, Day said.

The Innovator Defined Outcome ETFs are “the only ETFs in the world to provide defined downside buffers and known market upside to a cap,” Day said.

Investors may look to Innovator’s buffer strategies to mitigate risks and still maintain upside potential. The Defined Outcome ETFs provide market exposure with a built-in downside buffer. The ETFs start with a synthetic 1 to 1 exposure to the target market. They would then include a put spread to provide targeted buffers of 9%, 15% or 30% to their respective targets. Lastly, the upside is capped by selling an upside call to finance downside buffers.

While the quarterly Defined Outcome ETF series are set up with an annual target, investors can still dive into a series intra-period.

“We like to target to buy these around 6 months until expiration. We also look for opportunities given where we are trading on the S&P and where the ETF is trading between its cap and buffer,” John Benedict, Portfolio Manager & CEO, J2 Capital Management, said. “If it’s trading way up towards its cap or way down in its buffer then we don’t see much of an opportunity, providing there’s only so much to gain or protect ourselves from.”

Investors can also refresh upside caps and downside buffers throughout the year by rotating through the various ETF offerings.

“By rotating into and out of defined outcome ETF series, you can gain a fresh upside cap and buffer,” Day added.

Benedict argued that the Defined Outcome ETFs can be used in an investment portfolio to better diversify risk in a low-volatility sleeve, provide an alternative to bonds when faced with similar risk/reward scenarios, help investors lock in the rally and remain invested while incorporating a buffer to manage downside risks ahead.

Financial advisors who are interested in learning more about defined outcome strategies can watch the webcast here on demand.