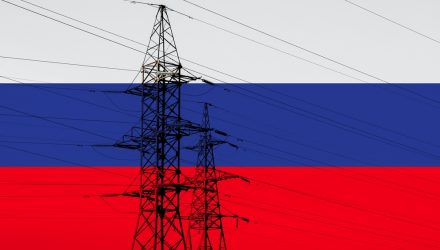 Energy-related exchange traded funds led the advance on Tuesday, with crude oil prices bouncing back above $100, as the Organization of Petroleum Exporting Countries said that it would not be able to replace the hole left by Russian exports and China began to ease COVID-19 restrictions.

Russian oil and gas condensate production dipped below 10 million barrels per day on Monday to its lowest since July 2020 as Western sanctions in response to the war in Ukraine and logistical constraints impeded trade, Reuters reports.

OPEC warned that it would not be able to replace 7 million bpd of Russian oil and other liquid exports lost in case of more restrictive sanctions or voluntary actions among importing countries.

The European Union has not fully embargoed Russian oil, but some have warned that the option still remains, especially in response to recent events in Ukraine.

“The oil market is still vulnerable to a major shock if Russian energy is sanctioned, and that risk remains on the table,” wrote Edward Moya, a senior market analyst with OANDA.

“The crude correction appears to be over as China begins to lift some of their lockdowns,” Ed Moya, senior market analyst at Oanda, told Bloomberg. “The energy market has now mostly priced in the coordinated strategic petroleum release and probably was overly pessimistic on how far China would stick to their strict lockdown and isolation measures.”