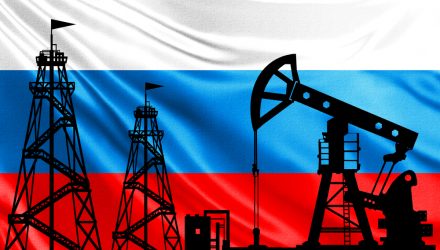 “Russian oil will no longer be acceptable at U.S. ports, and the American people will deal another powerful blow to (Russian President Vladimir) Putin’s war machine,” Biden said Tuesday at the White House, the Wall Street Journal reports.

Biden added that the U.S. would be banning imports of Russian natural gas and other energy sources as well. He also acknowledged that many European allies wouldn’t take similar action due to their individual energy needs.

“We can take this step when others cannot,” Biden said, adding that the U.S. is working with Europe on a long-term strategy to wean off Russian energy.

The Russia oil ban may be more symbolic as Russia only makes up a small portion of total U.S. imports, with most of the crude imports coming from Canada, Mexico, and Saudi Arabia.

Biden also warned that Americans could see higher gasoline prices due to “Putin’s war” but pledged to help minimize the negative impact on households.

“The decision today is not without costs here at home. Putin’s war is already hurting American families at the gas pump … I’m going to do everything I can to minimize Putin’s price hikes here at home,” Biden said.