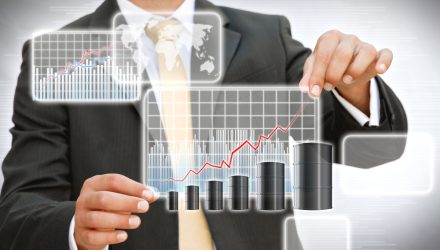 Crude oil markets and related exchange traded funds continued to rally Friday as Saudi Arabia and Russia push for the U.S. to coordinate production cuts in a bid to support prices.

The Saudi-led Organization of the Petroleum Exporting Countries and 10 oil-producing allied nations led by Russia plan on a virtual emergency meeting on Monday where they are considering whether to invite representatives from the U.S. and Canada, the Wall Street Journal reports.

However, President Donald Trump will have to first meet with oil majors at the White House to discuss a historic oil-price plunge threatening their businesses after the coronavirus outbreak weighed on demand and a Saudi-Russia price war caused a spike in supply.

The U.S. government and some companies can’t formally join the Saudi-and-Russia-led oil alliance because of antitrust and sovereignty issues, but they still want to find a path to convince Saudi Arabia and Russia to reduce output. Riyadh and Moscow have shown that they won’t cut production unless U.S. companies join.

The Friday price gains in the oil markets come after the single best day on record, following Trump’s statement that he spoke with Saudi Crown Prince Mohammed bin Salman in an attempt to mediate the Saudi-Russia price war.

The Saudi-Russia led alliance will consider output curbs of 10 million barrels per day, including North America if possible, on the Monday conference, according to officials.