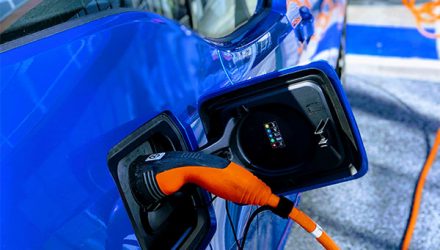 Elon Musk isn’t known for playing by the rules.

The 48-year-old tech billionaire got himself into hot water with regulators a couple of years ago by tweeting that he was “considering taking Tesla private at $420. Funding secured.” (At its 52-week high in February, the company’s stock traded at more than double that amount.) Then there was the time he smoked weed live on Joe Rogan’s show, a decision that the administrator of NASA himself called “not appropriate.”

Oh, and you may have heard that he named his and Canadian singer Grimes’ newborn son X Æ A-12, though California regulations may have something to say about it.

Even more recently, Musk—a vocal critic of coronavirus lockdown measures—disobeyed a California county’s laws by reopening the Tesla assembly plant. “If anyone is arrested, I ask that it only be me,” he tweeted. (Since then, county officials have capitulated and will now allow the plant to officially reopen next week.)

In his defense, Musk acted to stay ahead of the Detroit automakers, which are themselves reopening this week. No rest for the weary, as they say. After years of losses, Tesla is now the most valuable automobile manufacturer in U.S. history, with a market cap of $97 billion. That’s slightly more than the combined market caps of the more-than 100-year-old Ford Motor and General Motors Companies.

The road hasn’t been easy. Tesla reported net income of $16 million in the March quarter, the first time in company history that the Silicon Valley automaker has seen a profit in the first quarter of the year. 2020 may very well be its best year yet, the virus notwithstanding, while other manufacturers struggle to catch up with the growing demand for electric vehicles (EVs).

It’s enticing to make the case that Tesla is more of a tech stock than an automobile stock—it certainly doesn’t trade like the traditional automakers—but the truth is that its EVs have outsold everyone else’s by a wide margin, thanks to its innovation and first mover advantage.

As of the end of 2019, Tesla’s Model 3 and Model S were the number one and number two bestselling EVs in the U.S. by cumulative sales. The Model 3 alone sold close to 300,500 units, or more than two times as many as the number three bestselling EV, GM’s Chevy Volt.

In the month of April, the Model 3 wasn’t just the United Kingdom’s bestselling EV but its bestselling vehicle, outselling even traditional combustion engine vehicles as overall sales plummeted due to lockdown measures to contain COVID-19. Close to 660 Model 3s were purchased in April, followed by the Jaguar I-PACE, which sold 367 during the month.

EVs in general did very well throughout Western Europe during the first quarter, with sales doubling and sometimes tripling compared to the same three months a year earlier, according to BloombergNEF. In the U.S., EV sales also managed to see a slight increase over last year, March being the one exception. Meanwhile, sales of gasoline and diesel-burning vehicles decreased in every major auto market, including China, the U.S. and Europe.

Where Will We Get the Raw Materials?

It’s too early to say whether electricity will kill gas and diesel completely, but the trend certainly seems to be pointed in that direction.

This sets up a problem that EV makers will need to address sooner rather than later: Who’s going to supply the raw materials that EVs use much more frequently and in greater quantities than traditional automobiles? And how can this supply chain be scaled up as demand increases even more rapidly?

To give you some idea of the challenges ahead, check out the visual below. Several base metals will be in short supply and increasingly hard to come by if steps are not taken today to develop mineral projects across the globe, particularly in emerging economies. BloombergNEF estimates that by 2030, the demand for nickel will be more than 15.5 times greater than it was in 2018, thanks to the growing need for batteries. The forecast demand for aluminum and copper could be 10 times greater.

The World Bank looks even further ahead, to 2050. In a report released this month, the Washington, D.C.-based institution writes that “the production of minerals such as graphite, lithium and cobalt could increase by nearly 500 percent by 2050” (emphasis mine) to meet demand for new technologies, including EVs.

For such projects, financing has been difficult to come by. Lithium producers alone are projected to need between $25 billion and $40 billion over the next decade to develop new mines. Today, lithium production is dangerously concentrated in China, which is responsible for 80 percent of the world’s output. The U.S., meanwhile, produces only 1 percent of all lithium, despite having access to large deposits.

To help prevent a supply squeeze, carmakers are being urged to invest in mines themselves and buying directly from producers, Bloomberg reports. Although car companies have historically not been in the business of investing upstream, “the rules have changed,” explains Sam Riggall, CEO of Australian tech firm Clean TeQ Holdings.

“We’re building a supply chain that’s never existed before, for a range of metals that have never been needed before by this industry.”

Tesla did just that in January, negotiating a long-term contract with Glencore to ship cobalt to its EV factory in Shanghai. And earlier this month, Glencore announced that it and Canada’s First Cobalt are planning to open North America’s first cobalt refinery north of Toronto. The plant will supply EV manufacturers looking to diversify away from China, which also controls the global cobalt market.

It’s a brave new world, to be sure, but one that promises to offer some incredible resource investment opportunities.

Want even more insight and research into commodities and natural resources? Subscribe to our free, weekly Investor Alert by clicking here!

Holdings may change daily. Holdings are reported as of the most recent quarter-end. None of the securities mentioned in the article were held by any accounts managed by U.S. Global Investors as of 3/31/2020.