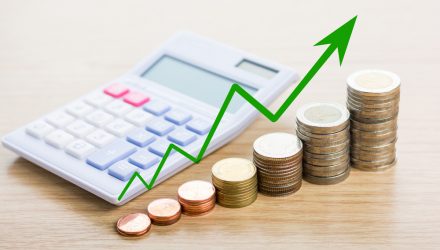 With the infrastructure conversation seemingly gaining momentum by the day as both parties pitch increased spending ahead of Election Day, the AGFiQ Global Infrastructure ETF (GLIF) is one ETF that’s in the spotlight.

Data confirm there are good reasons for investors to consider infrastructure over the coming months. Put simply, spending on these projects needs to increase immediately and politics needs to be removed from the equation.

“Many cities have used lockdown-induced empty streets as an opportunity to make repairs without disrupting traffic. But more than 700 U.S. cities have said they may cut infrastructure spending because of budget shortfalls, and more states are pushing off construction projects. Funding sources for roads vary by state,” reports Breanna Bradham for Bloomberg.

“Three of the large U.S. cities with a high percentage of run-down roads are in California, according to a new analysis of 2018 Federal Highway Administration data published by car-buying app CoPilot. San Francisco isn’t new to road ridicule: a 2016 report also found it was the worst in the country, costing local drivers about $1,000 per year,” according to Bloomberg.

“When it comes to road conditions, drivers in some areas of the U.S. have it far rougher than others. Pandemic-punched budget holes may mean they won’t get smoothed out anytime soon,” according to Bloomberg.

That means the White House, regardless of occupant, may have to step up pressure on states to rehab roads and highways and provide states with the cash to do so.