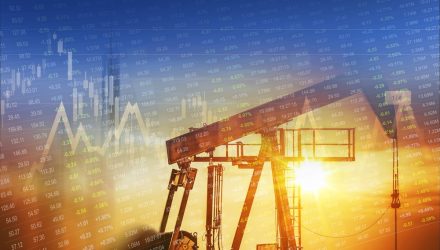 Coronavirus Could Put Oil ETFs in an Even Worse Spot

Oil is coming off its worst January performance in 30 years and the United States Oil Fund (NYSEArca: USO), which tracks West Texas Intermediate crude oil futures, could be in for more near-term pain caused by the coronavirus.

A decline in China’s economy as a result of the virus and traveling would impact demand since China is the world’s largest crude oil importer, after importing a record 10.12 million barrels per day in 2019, according to data from the General Administration of Customs. The massive Asian country is also the second-largest oil consumer, behind the United States.

“The coronavirus outbreak could curb oil demand growth if it continues to spread, leading to an extended production surplus as production grows in Brazil, Norway and the US,” Fitch Ratings says. “The surplus magnitude will depend on the duration of the outbreak and the ability of OPEC+ countries to adjust production levels, if required. We expect oil prices to remain highly volatile in 2020, with geopolitical tensions and economic sentiment being other key drivers.”

Commodity ETFs could be in for a slump as the coronavirus slows China’s economy, the second-largest in the world, and diminishes demand for all the raw materials needed to keep the country running normally.

“Oil demand losses are difficult to estimate at this stage, but would come from a combination of reduced air travel, lower domestic road transportation and a longer-than-expected halt of manufacturing activities,” according to Fitch. “The Chinese authorities have extended the Lunar New Year holidays and quarantined about 50 million people living in the Hubei province, which remains the hardest hit. Several other provinces have restricted inter-provincial travel and advised companies to remain closed for at least a week.”