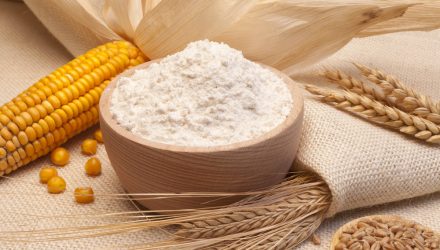 Soft commodity exchange traded funds could continue to grow with Russia’s saber-rattling threatening to cut off a major world supplier of corn and wheat.

However, Russia has been conducting naval exercises in the Black and Azov Seas, fueling fears that shipowners and exporters could be grounded as Moscow allows only a slice of shallower coastal waters for merchant vessels to navigate.

“Shipowners or charterers would think twice before going to the ports of both countries,” George Grishin, the president of Oakeshott Insurance Group, a London-based maritime insurance broker, told the WSJ.

A complete blockade of Ukraine’s access to world markets would jeopardize exports, which account for 12% and 13%, respectively, of all global wheat and corn exports, according to U.S. Department of Agriculture data. Agriculture made up 45% of Ukraine’s exports and 10% of its gross domestic product in 2020, accounting for the third-largest sector of the economy, according to the World Bank.

“If the exports of grains and iron ore are stopped, it’s going to have a devastating effect on the economy,” Andrey Stavnitser, the co-owner and chief executive of TransInvestService, told the WSJ.

Russia has so far stated that the naval drills comply with international law and have not impeded merchant traffic. While Russia has conducted naval maneuvers in the region before, they have never before been on such a large scale.

Russia would also control most of the access to maritime routes since Moscow captured most of Ukraine’s navy in the 2014 seizure of Crimea.