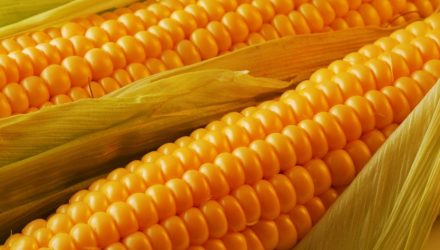 CORN Fund Challenges For ETF of May Honors

If there was an “ETF of the Month” award, the Teucrium Corn Fund (CORN) would be challenging for that honor in May. Up nearly 11% this month, CORN is surging even as the U.S. agriculture sector has been stung by the US/China trade war.

China is the world’s top importer of corn, soy and other grains, meaning the world’s second-largest economy is a critical market for U.S. farmers. While the aforementioned trade tensions could have led to higher inventories, bad weather in the Midwest led to a surprising drop in corn stockpiles, boosting shares of CORN along the way.

“Corn futures are surging, up 20% for the month and nearing a three-year high, as forecasts for heavy rain across major farming areas pose risks to more delays in planting,” reports CNBC. “The crop is leading a surge in most soft commodities this month.”

For investors seeking exposure to corn without the need for a futures account, the CORN ETF has been specifically designed to mitigate the impacts of contango and backwardation. CORN lists the unpredictability of the crop as one of the reasons to invest in the fund.

“Corn supplies are highly unpredictable subject to weather, flooding, drought and crop failures with only one harvest per year,” according to the fund’s fact sheet.

Bad weather has put grain farmers behind on their planting schedules, leading to reduced inventories and higher prices for several soft commodities, including corn.

“In a record-breaking wet spring, flooding in key farming regions has caused unprecedented delays to planting, causing lower-than-expected inventory levels. In corn, 58% of the intended planting has been done, compared with 90% at this point historically,” according to CNBC.

Some analysts remain bullish on corn, which is among the more volatile agriculture commodities, even after the May rally.

“We see ongoing bullish price risks for corn if wet weather persists through May/early June, as farmers may reduce corn area and shift sowing towards late-planted beans, a bearish risk for the oilseed complex especially if the White House subsidizes soy production. We are more neutral wheat, which has been dragged higher by corn,” said Citigroup.