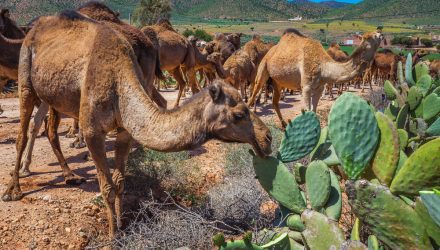 Commodity ETFs Could Be Overbought After ‘Extreme Herding’

Retail investors chasing after returns in the commodities space through exchange traded funds could be a sign of an overbought market.

According to strategists at JPMorgan Chase & Co., there are signs of retail investors herding into commodity ETFs, a sign that the recent outperformance could be coming to an end, Bloomberg reports.

Day-trading, retail investors jumped on the commodities-related ETFs as prices on raw materials like crude oil, aluminum, nickel, and wheat hit record highs in the past week.

For example, the Invesco Optimum Yield Diversified Commodity Strategy No K-1 ETF (PDBC) has been a go-to broad commodities play that provides exposure across a range of real assets, including crude oil, base metals, and gold, among others. PDBC was among the most popular ETF plays so far in March, attracting close to $730 million in net inflows, according to ETFdb data.

U.S. commodity ETFs have attracted $4.5 billion in inflows over the past week, or what the segment would usually bring in over a course of a month, outpacing both stock and bond ETFs.

Due to the recent activity, JPMorgan Chase & Co. strategists pointed out that the inflows are deviating by a wide amount from the daily average of the previous 12 months.

“Eight standard deviation herding happens less than 0.1% of the time in our data going back to 2016,” JPMorgan strategist Peng Cheng told Bloomberg. Following such a rush, “generally we see short term underperformance on these securities and of course heightened volatility.”

Commodity prices across a range of raw materials have surged in recent days as the Russia-Ukraine war disrupts already strained global supplies.

“Our previous research showed that these extreme herding events tend to precede short term underperformance,” Cheng and colleagues said in a recent note.

The JPMorgan & Chase strategists’ conclusion also reflects historical academic data. For instance, when Robinhood users piled into a stocks, the average excess return on the day surges to 14% but this was also followed by a reversal of almost 5% over the subsequent month, according to one 2020 paper.

“Most investors are really bad at timing,” Athanasios Psarofagis, an ETF analyst with Bloomberg Intelligence, said. “If history is any indication, retail tends to come into these ETFs after much of the performance has already occurred.”