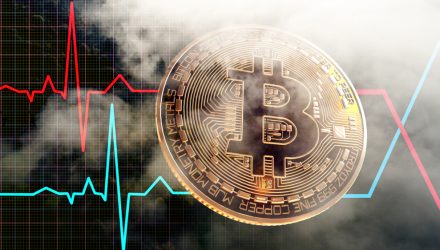 “Inflows last week totaled US$29m, a marked decline from the week before Christmas with a record inflow of US$1.09bn. Furthermore, given the recent record price levels, we have witnessed evidence of potential profit taking with some investment products seeing outflows,” notes James Butterfill, Investment Strategist at CoinShares. “Recent price action leaves total assets under management (AuM) at a record US$34.4bn as of Friday 8th January.”

There have been multiple applications for crypto-tracking ETFs over the years, and the SEC has denied them all. However, there have been some SEC changes of late, such as a shift in leadership. Jay Clayton relinquished his role as chairman, and growing comfort with the crypto on Wall Street could favor an ETF introduction say analysts.

The CoinShares data confirm a U.S. Bitcoin ETF, if approved, would be a rapid success.

“Recent price action leaves total assets under management (AuM) at a record US$34.4bn as of Friday 8th January,” says Butterfill. “There has been much greater investment product participation in the recent price rises as their respected volumes averaged 10.5% of total Bitcoin trading volumes. This represent levels not witnessed since December 2017, but that is likely where the similarities end. We have seen much greater investor participation this time round with net new assets at US$8.2bn compared to only US$534m in December 2017.”

After surging to a fresh all-time high of almost $42,000 on Friday, Bitcoin prices tumbled more than 25% to $31,000 Monday morning, generating debate over whether the crypto has entered a technical bear market or is just pulling back, even as companies continue to seek approval for a Bitcoin ETF.

To be sure, the notorious cryptocurrency has still climbed a tremendous amount from last year, but the steep drop underscores the sharp rise, and how dangerous the volatility is for traders and investors, who collectively lost roughly $200 billion.