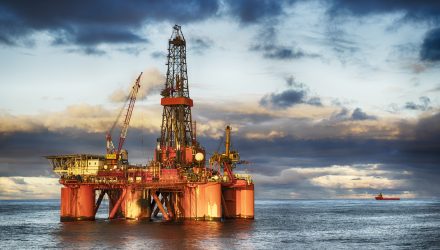 Bullish on Brent? Use This Oil ETF

Even with all the talk about the emergence of renewable energy sources in the U.S. and other developed economies, some market observers believe global oil demand will remain robust.

“Bank of America Merrill Lynch (BofAML) warns that Brent crude oil could reach $90 per barrel stemming the new IMO rules regarding shipping fuels and a weaker dollar courtesy of a de-escalation in the US/China trade war,” reports OilPrice.com.

“In February, BofAML estimated that Brent crude would be trading within the $50 to $70 per barrel band through 2024, with prices “anchored” around $60 per barrel, citing rising US shale supplies and slowing oil demand growth. Shorter term, BofAML saw Brent rising to $70 per barrel citing tighter supply as Venezuela, Iran, Mexico, and OPEC produce less oil—some on purpose and some not,” according to OilPrice.com.

“With military tensions rising in the Middle East and trade tensions rising between the U.S. and China, we believe that chances of a tail event driving Brent crude to these price extremes (are) higher than what option markets are currently pricing,” BofAML said in a recent note.