You are at:Home»Alternatives Channel»Building More than a Solid Portfolio: The GLIF Infrastructure ETF 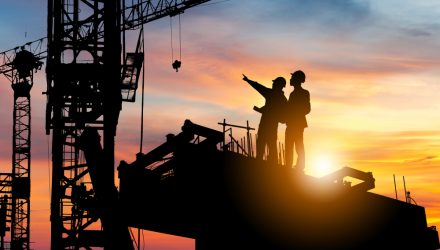 Building More than a Solid Portfolio: The GLIF Infrastructure ETF

Infrastructure will likely be on the 2021 legislative docket, and that could spell opportunity with exchange traded funds such as the AGFiQ Global Infrastructure ETF (GLIF).

Large-scale infrastructure legislation has been discussed for years, but could actually take place in 2021.

“President-elect Joe Biden’s campaign included a $2 trillion infrastructure agenda and some congressmen are now using the ‘i-word’ because the deteriorated state of the nation’s roads and bridges is now critical,” writes Dave Gilreath, partner/founder, Sheaff Brock Investment Advisors, LLC, in an op-ed for CNBC.

Infrastructure Spending on the Rise Regardless of Biden

Investors can turn to exchange traded funds to track the expansion of U.S. infrastructure, even if the incoming Biden administration doesn’t make good on plans for increased fiscal spending.

Private infrastructure investments have continued to push forward. In 2021, there have been $88.9 billion in infrastructure deals across North America through Dec. 8, and more are expected. Private-equity firms have already broken records for 2020 in North America-focused infrastructure fundraising, accumulating $52.3 billion so far, according to Preqin data. That’s $1 billion more than in all of 2019, the previous record.

“Infrastructure companies are already benefitting. In the seven weeks between Nov. 4 (the day after the election) and Dec. 22, the Indxx U.S. Infrastructure Development Index increased 8.04% —about 1 percentage point more than the S&P 500,” according to Gilreath.

“Even if Congress doesn’t act, infrastructure stocks are already getting a boost from rising spending on private infrastructure — ports and renewable energy and communications facilities — that set a North American record of $226.5 billion in 2019. Private equity infrastructure fundraising in North America is at an all-time high in 2020,” adds CNBC.