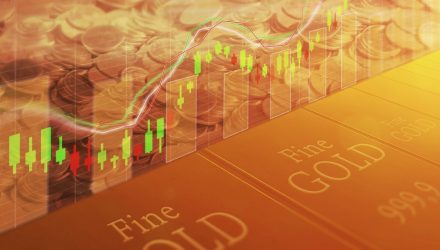 The attraction of gold dates back over 6,000 years according to author Timothy Green who has been investigating the origins of the precious metal for over 30 years. Timothy Green believes that the first goldsmiths punched animal patterns on gold sheet already before 4,000 BC as the metal is an easily worked material and has since become the basis of incredible jewellery. Gold jewellery was primarily used for religious and mystical purposes and was an indication to wealth and power. The pre-Columbian people of America called the metal “The sweat of the sun”; the Egyptians considered it as “The breath of god” and the Romans “The muscles of war”. In India, the golden temple of Amritsar is a sacred destination and a reminder of how most religions celebrate gold.

The role of gold in commerce was present already since the days of the pharaohs in 3,000 BC and gold quickly assumed the dual role of ornament and standard of value; if not instantly as money. The first true gold coins are claimed to be minted by Lydian merchants (in modern Turkey) around 700 BC and consisted of electrum which is a natural mixture of gold and silver alloy. Later in 550 BC, the Lydian’s learned how to separate gold and silver by adding salt which was a crucial chemical breakthrough and enabled gold to be refined to a consistent purity. For the first time in history, there were bi-metallic coins (both gold and silver coins). In the ancient Greek world, following the Lydian era, the Persians and Macedonians, Syrians, Egyptians issued their own distinctive gold coins which facilitated trade during the Classic period. This also prompted gold explorations in the Mediterranean and Middle East and the search for gold continued to develop during the Roman Empire. Soon gold and silver were flowing to India for spices and to China for silk. The role of internationally accepted gold coins has been of a significant importance for all the great empires of the past 2,000 years.

The world witnessed a series of gold rushes in the century preceding World War I to California, South Africa and Australia. These areas where gold deposits were discovered attracted an immense workforce, both locally and abroad, and the derived wealth was distributed widely due to low barriers to entry and reduced migration costs. This led to an augmentation of gold supply in the world and accelerated investment and trade globally. The gold rushes also underwrote the classical gold standard which was set forth as an international monetary system.

After 1815, London quickly became the largest gold market in the world due to strong trade relationships. London was also becoming a highly organized market in gold and in foreign exchange and the City the financial and commercial centre of the world.

An important historical milestone for gold prices is the adoption of the classical gold standard by the British Parliament intended as an international monetary system in Western Europe in the 1870s, and later in the United States in 1879. In the classical gold standard, the domestic money supply was directly tied to the nations gold stock, and was implemented by all developed countries. For example, the United States announced the dollar to be exchangeable for gold at $20.67 per oz, and England pegged the British pound to gold at £4.2474 per oz. However, the standard was suspended during the eruption of World War I as trade flows came to a halt and there were no free movements of gold.

The increased trade during the nineteenth century, following the sequences of World War II, spurred a need for resolving international trade balances and to smooth international adjustment. After the Bretton Woods Agreement, gold became a reserve tool pegged to dollar as only the dollar remained convertible into gold and the metal was traded for a fixed price of $35 per oz. All other countries had their currency fixed to the dollar and later estimated the dollar exchange rate through the gold par value of the domestic currency. This facilitated international transactions and reduced the likelihood of exchange rate fluctuations. Buyers were ready to purchase any amount at that price which in turn led the demand to be perfectly elastic. As stated by Reeves, Frost and Fahey (2010, p.11-12): “Gold was not only worth money – it was simply money”; an argument that stems from Milton Friedman’s claim in 1963 that “inflation is always and everywhere a monetary phenomenon”. Some of the supposed advantages of a gold standard are argued to include stimulation to savings as well as an end to inflation and business cycle. Others have expressed a belief that: “a gold standard would result in loss of “normal” monetary policy options such as the possible Phillips curve trade-off between inflation and employment and convey a recessionary and deflationary bias to countries with balance of payments deficits” (Erb and Harvey, 2013, p. x). This assumption correlates with the work developed by the expert historian of the gold standard, Dr Barry Eichengreen, who wrote in Hart (2013) that countries that abolished the gold standard witnessed less economic harm during the Great Depression. Moreover, that the system as a whole was the underlying reason for the Great Depression by preventing the government from stimulating the economy with cash. Correspondingly, economist Adam Smith regarded the standard to be a set-back to economic growth and economist John Maynard Keynes viewed the gold standard as a “barbarous relic”.

Instigated by President Richard Nixon, the gold standard came to an end in 1971 and the Bretton Woods Agreement broke down. The precious metal became a free-floating asset which led to a series of price swings. Although gold no longer plays the role of a monetary anchor, it continues to be an attractive commodity for investors to hold as well as producers and consumers across the world seeking to take advantage of fluctuating prices . Moreover, the surge in gold investments during the financial crisis of 2008 has led gold to be centre attention for investors as the gold price triple folding.

Friedberg, A.L. and Friedberg, I.S., 2009. Gold Coins of the World. From Ancient Times to the Present. 8th Edition. New Jersey: The Coin and Currency Institute Inc.

Green, T., 2007. The Ages of Gold. Mines, Markets, Merchants and Goldsmiths from Egypt to Troy, Rome to Byzantium, and Venice to the Space Age. London: GFMS Limited London.