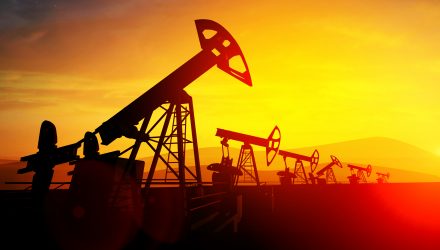 Per a CNBC report, the attack took “out 5.7 million barrels of daily crude production or 50% of the kingdom’s oil output. Saudi Aramco, the national oil company, reportedly aims to restore about a third of its crude output, or 2 million barrels by Monday.”

“While in the short term the direct physical impact on the market might be limited, this should move the market away from its bearish macroeconomic cycle and raise the risk premium in the market as funds reduce their short positions,” said Chris Midgley, global head of analytics, S&P Global Platts.

U.S. President Donald Trump was quick to react to the attacks by saying that he would tap into emergency reserves if necessary in order to offset any supply disruptions.

Based on the attack on Saudi Arabia, which may have an impact on oil prices, I have authorized the release of oil from the Strategic Petroleum Reserve, if needed, in a to-be-determined amount….

The U.S. held Iran responsible for the drone attacks with Secretary of State Mike Pompeo saying that the country launched an “unprecedented attack on the world’s energy supply.” The attack comes after Saudi Arabia plans to take energy giant Saudi Aramco public, which would shift the proverbial earth in the oil industry.

“If the Iranians have been driven to desperate measures from the loss of crude export revenues, an attack on Saudi capacity seems a likely response,” said Jason Gammel, energy analyst at Jefferies. “The risk of wider conflict in the regions, including a Saudi or US response, will likely raise the political risk premium on crude prices by $5-10/bbl.”

USO seeks to achieve its investment objective by investing primarily in futures contracts for light, sweet crude oil, other types of crude oil, diesel-heating oil, gasoline, natural gas, and other petroleum-based fuels. USO was up 12% at the end of Monday’s trading session.