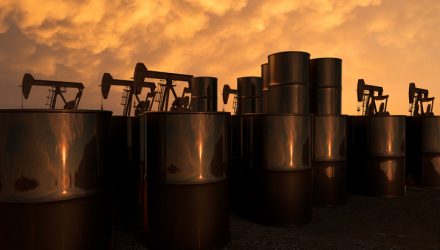 BNO Oil ETF: The Trend Is Going To Continue

It’s been a solid year for shares of the United States Brent Oil Fund (BNO) with the year-to-date return clocking in at 33%. It is my belief that these strong returns are going to carry forward into 2020 as roll yield and global crude fundamentals continue to put upwards pressure on price.

Prior to jumping into our analysis of Brent crude oil, let’s do a quick walkthrough of what exactly BNO is and how it functions. Fortunately, when it comes to understanding what exactly BNO does and holds, the picture is actually pretty straightforward. BNO is essentially just the same methodology of [[USO]] (issued by the same company) which is perhaps the most simple oil market ETP available. The methodology of BNO is that it holds exposure in the front-month Brent futures contract and then in a time period of about two weeks before expiry, it begins rolling exposure into the second-month futures contract. As you can see from its exposure sheet, we are currently about 2 weeks out from expiry of the Brent futures contract which means that exposure is currently being moved into March from February.

This matters because roll yield is now starting explain a larger share of the returns of the fund and will remain the case for the next two weeks (until the second-month futures contract then becomes prompt). The underlying concept behind roll yield is really simple but it can take some time for the implications/mechanics to “click.”

The underlying concept behind roll yield is really simple but it can take some time for the implications/mechanics to “click.” In financial markets, there’s a tendency for prices across a futures curve to converge towards the prices near the front of the curve. This tangibly means that there’s a very good chance that the differential between the February and March Brent futures contracts is going to narrow between now and when February expires at the end of the month.