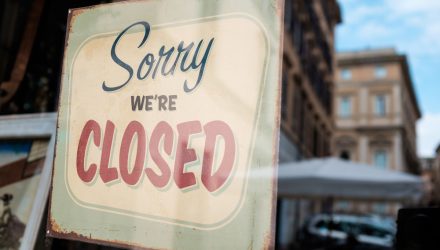 ETF Trends spoke with AGF Investments LLC’s Chief Investment Officer and Head of AGFiQ Alternative Strategies, Bill DeRoche, about how they are currently speaking with advisors, in regards to the market’s continued response to the Coronavirus.

The good news is that AGF has been able to consistently able to get through to who they deal with regularly. So, there’s not a lot of stories of panic selling. From the AGF perspective, they recommend selling when assets are high, which is what they were suggesting during the fourth quarter as well.

“You’ll never be able to pick the actual top of the market or the bottom,” DeRoche notes.

At the same time, it makes sense to buy when things are less expensive, and the good news is that the advisors AGF has been dealing with have been able to avoid panic selling. For most of them, there is some timidity to get fully back into the market. At the same time, their allocations have remained pretty steady throughout this period.

In looking for lots of information and guidance at this point, most companies aren’t providing any going forward until there’s a clearer picture. As DeRoche explains, AGF sees that the ability to get back to work will be delayed, as things have been hit fairly hard from a fully operational working standpoint.

“It will be phased as we go back,” DeRoche continues. “I think folks like us who are able to accomplish what we need to from an employment perspective at home will probably be the last ones who head back.”

What Can Businesses Do?

This speaks the same to a lot of big businesses. It’s going to be hard for companies to be able to provide guidance, given this standpoint. So, a lot of what’s being seen in terms of market movement is essentially people reacting to things such as the Federal Reserve, making it clear to do what’s in their power to avoid a depression. That means pulling out the stops, which is what many have been reacting to.

The other aspect is the question of when everyone will be able to return to their normal lives. That comes down to whatever medicine or other solves to the Coronavirus pandemic. DeRoche points out that there’s been some good news, which is why the markets have been reacting favorably.

With that said, however, it’s hard to put a multiple with traditional analysis as to where everything is at. What’s being seen mainly falls under the best guesses of the people at this point. There could be room for the market to come down, which AGF suggested, based on some of the attributes they look at. But there’s also room for it to go higher too.