You are at:Home»Alternatives Channel»Big, Bold Infrastructure Plan Could Boost This ETF 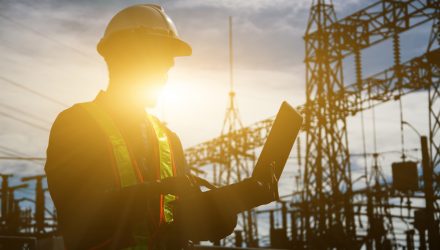 President Trump’s to rejuvenate an economy saddled with coronavirus issues could include a $2 trillion infrastructure plan, assuming Congress gets on board, and that could be a boon for ETFs, such as the AGFiQ Global Infrastructure ETF (GLIF).

The AGFiQ Global Infrastructure ETF uses a multi-factor investment process to seek long-term capital appreciation by investing primarily in global equity securities in the infrastructure industry. President Trump is pitching a 10-year, $1 trillion infrastructure plan, which is scaled back from his 2016 campaign trail plan.

“Trump has been promising such a program his entire presidency, but let’s hope the pandemic will be the catalyst to deliver,” writes Noah Smith for Bloomberg. “The numbers Trump is mooting for infrastructure spending — $2 trillion, equivalent to the entire recent stimulus bill — are reassuringly large.”

“While the government waits to make its infrastructure push, it can plan what to spend the money on,” according to Smith. “A typical criticism of infrastructure as a stimulus program is that there aren’t many shovel-ready projects. But the months of shutdown give government plenty of time to get a head start on the planning and approval processes.”

What could really bolster the case for GLIF is a change in infrastructure funding.