You are at:Home»Alternatives Channel»Patience is a Virtue When it Comes to Silver ETFs 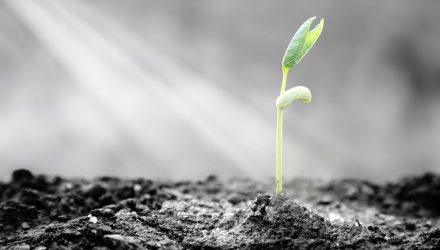 Patience is a Virtue When it Comes to Silver ETFs

The iShares Silver Trust (SLV) and the Aberdeen Standard Physical Silver Shares ETF (SIVR), two of the largest exchange traded funds backed by holdings of physical silver, have recently shown signs of life, indicating the previously sluggish silver funds could be ready to seize some of the precious metals spotlight from gold.

“After gold’s monster rally last week to price levels not seen since 2013, silver climbed up near the $15.40/ozmark. Silver bulls have been patiently waiting for a run-up to highs of $50 an ounce, last seen in 2011,” according to ETF Daily News.

“The silver rally is on its way, but until then, it’s like watching paint dry, according to Peter Hug, global trading director for Kitco Metals Inc.,” reports ETF Daily News.

According to ETF Daily News: “I expected a rally in silver,” Hug noted. “I thought silver would have had at least enough juice to go up to $16.”

“I still think if this gold rally is real and gold can get over $1,425, given the small amount of resistance levels above that level, eventually silver is going to catch it,” said Hug in the Kitco interview.