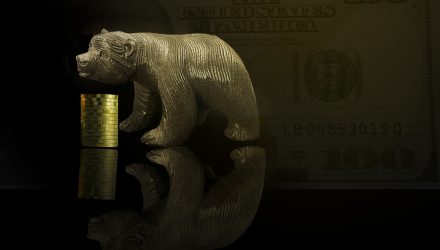 Bearish ETFs to Hedge Uncertainty in This Earnings Season

As we head into the new earnings season, ongoing uncertainty over the negative impact of the coronavirus pandemic on corporate America could further fuel volatility in the weeks ahead. Exchange traded fund investors, though, can turn to alternative strategies to hedge the risks.

“Such a large range of opinions on the part of analysts covering the exact same stocks highlights the absolute lack of visibility. This could also be considered as a proxy of the confidence that analysts have in their earnings/price targets” Trahan added.

Analysts are already anticipating S&P 500 earnings growth to decline 5.2% for the first quarter, potentially marking the largest year-over-year quarterly earnings drop since the first quarter of 2016, according to FactSet data.

According to Refinitiv, 84 negative earnings pre-announcements have also been issued by S&P 500 corporations for the first three months.

“We’re going to have an earnings season that’s anything but typical,” Securities and Exchange Commission chairman Jay Clayton told CNBC, adding that the SEC said it would give public companies an extension on delivering their earnings reports, so investors should expect delays.

“These actions provide temporary, targeted relief to issuers, investment funds and investment advisers affected by COVID-19. At the same time, we encourage public companies to provide current and forward-looking information to their investors,” Clayton added.

ETF traders who are looking to protect their portfolios from potential pullbacks in the earnings season ahead may consider some exposure to bearish or inverse ETFs to hedge against further falls.