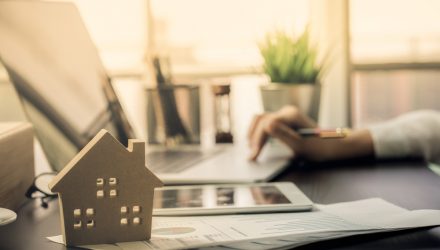 Broadly speaking, high-yield asset classes are seen as riskier than their lower-yielding counterparts and mortgage real estate investment trusts (mREITs) are included in that conversation – one that extends to ETFs, such as the iShares Mortgage Real Estate ETF (NYSEArca: REM) and the rival VanEck Vectors Mortgage REIT Income ETF (NYSEArca: MORT).

“When the pandemic began to take hold in the U.S. in early March, mortgage REIT stocks sold off on worries about the creditworthiness of underlying mortgages. They’ve since reclaimed some of their losses and now stand as potentially attractive investments for income-hungry investors willing to do their due diligence on the risks and rewards,” reports Lawrence Strauss for Barron’s.

“No doubt, investors need to do their homework on these companies, starting with their basic structure and the risks they face amid the continuing public health crisis,” reports Barron’s. “Unlike equity REITs, which typically own and operate properties such as apartments and shopping malls, mortgage REITs purchase and/or originate residential and commercial mortgages, often via mortgage-backed securities.”

Mortgage demand was aided by another sizable drop in mortgage rates recently, with the average contract interest rate for 30-year fixed-rate mortgages with conforming loan balances of up to $510,400 declining to 3.19% from 3.26%. Total points on the loan, including the origination fee, fell from 0.35 to 0.33 for loans with a 20% down payment, which is 63 basis points lower than the recent high in late March. The Federal Reserve is also playing a pivotal role in the mREIT market.

“Among mortgage REITs, the ones that have a focus on agency mortgages tended to be viewed more favorably by the market during the earlier days of the pandemic. Agency mortgages, which are backed by government-sponsored enterprises such as Fannie Mae and Freddie Mac, and the products into which they are packaged carry little credit risk, even in a pandemic, due to their implicit federal backing,” according to Barron’s.