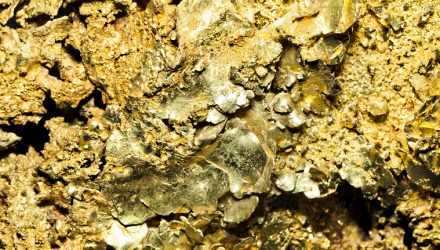 Another Plus For Gold Miners ETFs

“For the Q1 ending March 31, 2019, global reported gold production totalled ~15 Mozt, or down ~11% compared to the previous quarter. Production decreased in all major regions. North America was the largest gold producer (3.8 Mozt), followed by Africa (3.2 Mozt), and Australia & Oceania (2.9 Mozt),” according to Mining.com.

Looking ahead, lingering trade tensions and the Fed’s monetary policy outlook will remain key factors in maintaining the momentum in the gold market.

“Despite quarter-on-quarter decline, Q1 2019 reported gold output was on par with Q1 2018 numbers and this fact – considering the cyclical nature of gold production – gives hope that further in 2019, gold mining industry will be able to at least keep the pace with the previous year,” reports Mining.com.

Most of the big-name components in GDX saw first-quarter production declines.