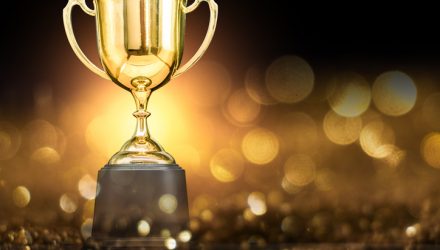 As gold ETFs, including the SPDR Gold MiniShares (NYSEArca: GLDM) and SPDR Gold Shares (NYSEArca: GLD), rallied last month, holdings of bullion in those funds surged, too. In June, gold traded near its highest levels in a year as, at least for part of the month, investors leaned toward defensive assets.

“Gold holdings by global exchange-traded funds soared in June, rising by 127 tonnes to 2,548 tonnes, the World Gold Council reported on Tuesday,” reports Kitco News. “The increase occurred amid geopolitical uncertainty and as central banks, including the U.S. Federal Reserve, signaled a shift to a more accommodative monetary policy over the coming months, the World Gold Council said. This drove market-set rates and the U.S. dollar lower, sending gold prices to a six-year high.”