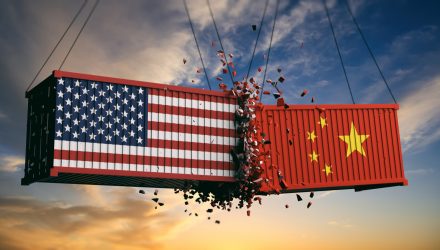 The VanEck Vectors Semiconductor ETF (NASDAQ: SMH) was soaring prior to Election Day and with a Biden/Harris Administration perhaps ushering in a more conciliatory tone toward trade with China, semiconductor stocks could extend their momentum into 2021. 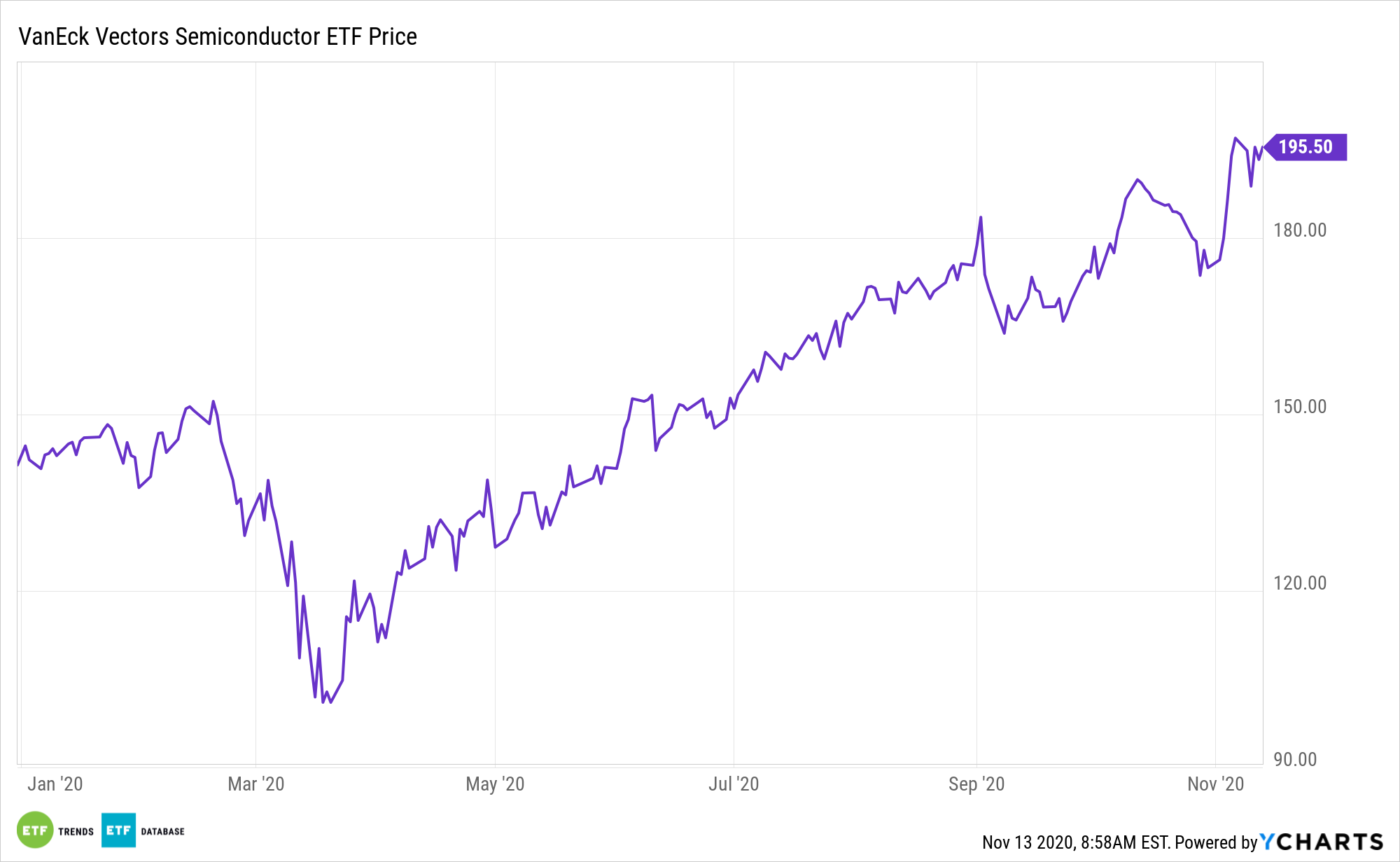 SMH, one of the bellwether semiconductor ETFs, seeks to replicate as closely as possible, before fees and expenses, the price and yield performance of the MVIS® US Listed Semiconductor 25 Index. The fund normally invests at least 80% of its total assets in securities that comprise the fund’s benchmark index. The index includes common stocks and depositary receipts of U.S. exchange-listed companies in the semiconductor industry. Such companies may include medium-capitalization companies and foreign companies that are listed on a U.S. exchange.

“Piper Sandler analyst Harsh Kumar wrote that his team is far from certain that U.S.-China tension will decline, but that the relationship is unlikely to get worse. Any improvement there would be a net benefit for chip companies because of the growing market, and issues around the supply chain,” reports Max Cherney for Barron’s.

China’s ambitious goal towards self-sufficiency is flowing over into the semiconductor sector. The second largest economy is looking to divest itself from reliance in technology, heating up competition from the U.S., all to the benefit of semiconductor ETFs.

“An improved U.S.-China relationship, Kumar wrote, may mean restrictions on selling to Huawei could loosen. Before the U.S. banned sales of certain technology to Huawei, the Chinese company accounted for a mid-to-high single-digit percentage of the business at the firms Kumar covers. Some were exposed in the low double-digit range,” according to Barron’s.

As an industry, semiconductor makers are highly tied to global growth, estimates for which are being ratcheted lower due to the coronavirus. However, many of those trimmed estimates pertain to the first half of this year and if there is pent up demand seeping into the third and fourth quarters. SMH’s status as a growth play could prove rewarding in 2021.