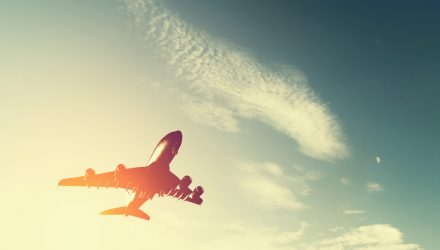 A couple of weeks ago, I flew commercial for the first time since early March, on a nonstop Delta flight between San Antonio and Salt Lake City. My destination was the beautiful ski resort town of Park City, Utah, to attend the Oxford Club’s 2020 Private Wealth Seminar, where I spoke on quant investing in the age of COVID-19. Among the other speakers were well-known Oxford strategists Alex Green and Marc Lichtenfeld, both pictured above.

I’d like to talk a little about the actual flight to and from the seminar. Again, it was my first time on a plane since March, when I flew to Toronto to attend the Prospectors & Developers Association of Canada (PDAC) Convention.

The experience was excellent, and the jet was spotless. Before every flight, the cabin is fogged with disinfectant before a cleaning crew comes in to spray and wipe every surface. Masks were required, as they are on all of the 25 leading global carriers (except for Australia’s Qantas), according to research by travel advisory firms CarTrawler and IdeaWorks.

I understand that many of you reading this may be hesitant to board a plane right now. But it’s important to keep in mind that it’s in carriers’ best interest to maintain a safe environment for passengers and crew alike.

Delta is using its clean cabins to help boost customers’ confidence as it seeks to reduce the cash it burns to zero by the end of 2020.

In a memo to employees this week, CEO Ed Bastian wrote that travelers are “switching their loyalty to Delta because of the safety practices we have in place, and the care we take to ensure cleanliness and comfort.”

The global race to develop a reliable coronavirus vaccine is accelerating, with Russia potentially the first to administer one as soon as this October. In the meantime, people are cautiously returning to the skies.

The number of commercial air passengers on U.S. carriers rose to a post-pandemic high of more than 832,000 on August 9, according to the Transportation Security Administration (TSA). That’s a ninefold increase in passenger volume from the low set on April 14, when screenings totaled only 87,500. A year earlier, the number stood at 2.7 million passengers per day, so we still have a long way to go.

Another $25 Billion for Airlines?

That being the case, U.S. lawmakers, including 16 Republican senators, are increasingly in favor of deploying another $25 billion to prevent airlines from having to furlough thousands of workers. This would be the second such round of financial support devoted to protecting airline industry jobs, the other occurring in March as part of the CARES Act. Those funds are set to expire on September 30.

President Donald Trump said he would support the proposal.

Airline stocks, as measured by the S&P Supercomposite Airlines Index, closed up 4.4 percent last Wednesday on the news. They rose another 1.9 percent the following session after the State Department lifted a health advisory put in place in mid-March advising Americans to avoid international travel during the pandemic.

For the week, airline stocks increased 9 percent, its best weekly performance since early June. Wheels up!

Gold-Backed ETFs Now Hold More Bullion Than Any Country Except the U.S.

Airlines aren’t the only industry that had a positive week. Spot gold rose 3 percent after crossing above $2,000 an ounce for the first time ever last Tuesday. This was the precious metal’s ninth straight week of gains, driven by historic money-printing, a falling U.S. dollar and negative real government bond yields.

Gold producers, as measured by the NYSE Arca Gold Miners Index, also ended the week up for the ninth consecutive week. The group has returned 107 percent since the pandemic low on March 20.

Retail investors who may have been on the sidelines are finally beginning to take notice. ETFs that are backed by physical gold had their eighth straight month of positive flows in July and stood at a record 3,785 metric tons, according to the World Gold Council (WGC).

To put that in perspective, that’s more gold than any country has in its official reserves, excluding only the U.S., which currently holds 8,133.5 tons.

Investors are also increasing their exposure to silver, whose price has likewise turned up on economic uncertainty. The white metal had its best month ever in July, soaring 34 percent, and began the month of August above $24 an ounce. On Friday, it hit strong resistance at just under $30, a level we haven’t seen since February 2013.

The silver price has increased so rapidly in so little time, in fact, that the much-watched gold-to-silver ratio—which shows you how many ounces of silver it takes to buy one of gold—fell below its eight-year average of 74.3 after touching an all-time high of 128 just four and a half months earlier.

If you happened to catch my interview with Kitco News last week, you know that I’m maintaining my $4,000-an-ounce call on gold by the end of this particular cycle. Some may believe this to be unrealistic, while others are beginning to adjust their own projections as global central banks and finance ministers continue to flood their economies with easy money. Last Tuesday, the amount of negative-yielding government debt around the world crossed back above $16 trillion for the first time since September 2019.

Last week Bank of America (BofA) raised its gold price target to $3,000 an ounce within the next 18 months, which would put us at February 2022.

As for silver, BofA said it’s “feasible” that it could hit $35 by next year. That could especially be the case if governments stimulate their economies with spending on alternative energy sources such as solar.

HIVE Blockchain Has Been a Roller Coaster Investment

On a final note, HIVE Blockchain continues to be our strategy in getting exposure to the cryptocurrency space. Years ago we tried to create a crypto ETF, but the regulatory hurdles turned out to be too severe. HIVE was the result of those efforts, and in September 2017 it became the first publicly traded company involved in the mining of virgin digital currencies.

HIVE stock—which trades on the TSX Venture in Canada, over the counter (OTC) in the U.S. and on the Frankfurt Stock Exchange—has been a roller coaster investment, like highly-volatile crypto prices.

Like gold mining stocks, which correlate with the price of spot gold prices 90 percent of the time, shares of HIVE have traded in tandem with Ethereum, the second biggest digital currency by market cap.

As I’ve mentioned before, the crypto space is still maturing, and prices will likely continue to be very volatile for some time.

On Tuesday, August 11, I will be one of the keynote speakers at the Virtual Investor Day Conference, which features nine resource-focused public companies. Reserve your spot today by clicking here!