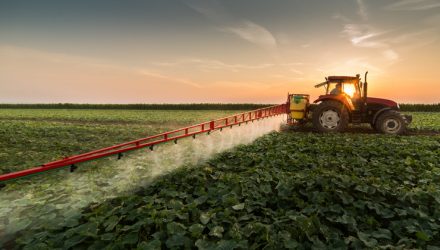 Agriculture ETFs Are Growing as China Returns to U.S. Markets

As part of an initial trade deal with the United States, China has been buying up agricultural goods, bolstering soft commodities like wheat and soybeans, along with related exchange traded funds.

Traders were closely watching for more U.S. sales to China after the two countries agreed to a Phase 1 accord in an attempt to ease trade tensions. The protracted trade war previously slowed shipments of soybeans, sorghum, pork, and other agricultural products to China for over a year.

“The market is getting confident that China is going to make meaningful purchases,” Ole Houe, director of advisory services at brokerage IKON Commodities, told Reuters.

The U.S. Department of Agriculture revealed that export sales of U.S. wheat last week were 714,900 metric tons, or leaning toward the high end of expectations for 200,000 to 900,000 metric tons.