AGF Speaks On Momentum And Valuations Factoring Into Market
You are at:Home»Alternatives Channel»AGFiQ: Factoring Momentum & Valuations Into Portfolios 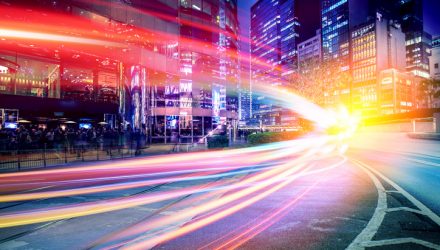 With U.S. markets relatively flat for most of the third quarter, there was actually much more happening under the surface on a quantitative level, says AGFiQ.

“It’s like a duck on the pond,” explains Bill DeRoche, Chief Investment Officer at AGFiQ. “Everything looks fairly calm, but underneath the surface, the duck’s legs are paddling like crazy.”

Speaking to ETF Trends, DeRoche said his team were noticing increased activity in the factors that drive equity returns that the team monitors.  The low-volatility factor relative to its own history, is as expensive as it’s ever been, suggesting that the low volatility factor has become crowded.

“Over the past month, there have been significant moves in a number of the factors we watch including momentum, valuation, and low volatility,” DeRoche explained.

The momentum factor aims to capture the difference in the return between the top performers and the bottom performers by overweighting the winners and underweighting the losers.  This return difference is commonly referred to as the spread. The momentum spread over September has been down approximately 12%. From a historical perspective, this would represent a six standard deviation event. The last time something of this magnitude occurred was back in April of 2009.

Keeping Up That Momentum

As DeRoche states, “Most of the factors have consistent correlations with each other, except for momentum, it will vary.  Lately, momentum has been correlated with low volatility.”

DeRoche continues, “We expect the spread between the low volatility securities versus the high volatility securities will typically be negative when the market is rising.  That has not been the case over the past year or so. This is unusual. This is a reflection of how risk-averse investors have been over this period.”

This outperformance has led to the low volatility factor being expensive as well as crowded. The recent sell-off in low volatility can be attributed to extended valuations adjusting to more reasonable levels, momentum has suffered due to its positive correlation to low volatility at this time.

Moving With The Rotation

With that rotation from September, as a result, low-volatility and high quality have done poorly, along with momentum. Moreover, low valuation and small-caps have done better. So now the question is will this rotation to risk on continue?

From AGF’s perspective, the answer is no. Two things drive these factors. One is the microenvironment which includes historical valuations and crowding. From a micro perspective, low-vol is expensive, as is higher quality relative to its own history whereas cheap stocks and small caps look inexpensive relative to their history.

The other element that drives factor returns is the macro environment.  In particular are investors risk-seeking or more risk-averse.

“Given how late we are in this business cycle we do not expect the rotation to the risk-on factors to continue,” DeRoche explains.

From a macro-perspective, late-cycle is not typically viewed as a risk-on environment.  Thus the movements seen are expected to be short-duration movements to less extreme valuations for the factors.

“Like I said, given how quiet the overall market has been, this has been a really fascinating time for us ‘quant’ guys,” DeRoche notes.

When looking at whether or not value will start working, it seems as though it could be taken off life support based on recent positive performance. However, AGF sees the macro-environment not being quite right for value to go on a long-term cycle of outperformance.