You are at:Home»Alternatives Channel»Add This ETF to the Risk Reduction Playbook 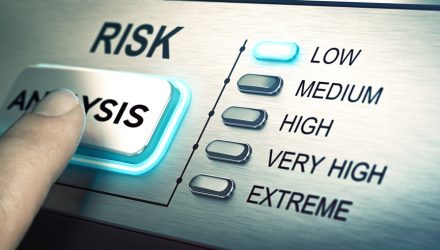 Add This ETF to the Risk Reduction Playbook

While the S&P 500 has reclaimed a significant percentage of its March losses, some investors are still looking to mitigate risk. The AGFiQ U.S. Market Neutral Anti-Beta Fund (BTAL) can help without objective without forcing investors to sacrifice all potential upside.

The benefits will emphasize how BTAL is a risk-diversifier, so with after-market corrections, because of those protections, an investor will not have gone down as much. Less risk ends up benefiting the portfolio, and the investor will have more wealth as well. Additionally, investors will be able to build more wealth, going forward, because they’ll be starting from a higher level.

“Even with that above-average fee, BTAL is proving to be worth its weight in gold this year,” according to InvestorPlace. “Consider this: even with a strong April showing, the S&P 500 is still sporting a double-digit year-to-date loss, but BTAL is higher by more than 14%.”

BTAL is considered an alternative investment and as such can act as an important portfolio diversifier and an avenue for reducing correlations. While not zero, BTAL’s correlations to broader benchmarks, such as the S&P 500, are low relative to pure beta instruments.

“In plain English, this ETF to buy profits off a spread between high and low beta names, the latter of which are usually in favor at the former’s expense in rocky markets,” reports InvestorPlace.

There are other benefits to BTAL’s status as an alternative. In fact, this year, it’s proving to be a winning alternative to some other investments that historically benefit from elevated volatility.

“BTAL is also an alternative to products such as the aforementioned VXX, dedicated low volatility ETFs and government bonds. In fact, BTAL is topping low-vol ETFs and Treasuries this year with significantly less risk than a product like VXX,” according to InvestorPlace.