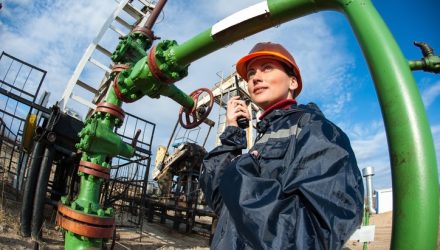 A Critical Time For Oil ETFs

The United States Oil Fund (NYSEArca: USO), which tracks West Texas Intermediate crude oil futures, notched a modest June gain, but the next few days could be crucial for oil exchange traded funds as headlines emerge from the G-20 summit and the latest Organization of Petroleum Exporting Countries (OPEC) meeting.

Earlier in June, the U.S. Energy Information Agency (EIA) cut its forecasts for 2019 world oil demand growth and U.S. crude production in light of the growing trade tensions between the world’s two largest economies that have crippled economic activity.

“The vast majority of 22 oil experts surveyed by CNBC this week expects WT Crude to trade between $50 and $70 a barrel at the end of August, and most analysts see demand and trade disputes as the biggest driver of oil prices right now, despite escalating tension between the U.S. and Iran,” reports OilPrice.com.

Some oil market observers see crude being range-bound over the next few months.

“According to the CNBC Oil Survey conducted between June 21 and 26, fifty percent of experts polled expect WTI Crude to be between $60 and $69.99 at the end of August, a range that is just above the current WTI price of $59,” notes OilPrice.com. “Another 41 percent expect WTI in the $50-60 range—the range in which the U.S. benchmark has traded since January this year.”

Not surprisingly, demand is seen as the primary expected driver of oil’s price action in the second half of this year.

“A total of 41 percent see global demand as the single biggest driver of oil prices now, while another 18 percent see the U.S. trade disputes with other countries as the determining factor for oil prices, as protracted disputes could weaken demand,” reports OilPrice.com. “Just 14 percent of experts polled see geopolitics as the single biggest driver of the price of oil.”