You are at:Home»Featured»Alternative ETFs to Hedge the Wall of Worry Ahead 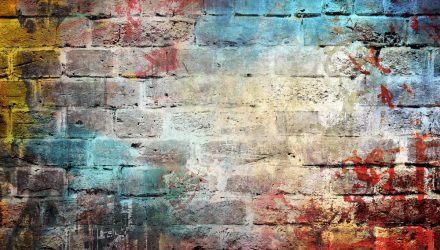 Alternative ETFs to Hedge the Wall of Worry Ahead

After a record-setting run, with the S&P 500 posting its best August in over three decades, U.S. equities is heading toward one of its seasonally most volatile two-month period of the year, and we are still looking at further volatility in a presidential election period ahead. Nevertheless, exchange traded fund investors can consider alternative asset strategies to hedge market risks.

Some see the recent pullback in U.S. equities as a sign of what’s to come, with institutional investors returning from the summer hiatus and refocusing on the potential concerns that could stunt the bull rally.

“Historically, you see low trading volumes in the summer and low information processing. That has been true this year as well,” Jonathan Treussard, partner at Research Affiliates, told Reuters. “I can assume that on the back of pretty severe mental exhaustion from the first half of the year, a lot of people tried to unplug and are starting to get serious again now.”

The S&P 500 has historically dipped by an average of 0.5% in September since 1944, the largest decline of any month, and pulled back on average during each election year over that period as well, according to CFRA data. Furthermore, October has traditionally notched in the deepest historical declines of any month in both the S&P 500 and the small-cap Russell 2000, with the S&P 500 declining 21.8% and the Russell retreating 30.8% in 1987.

Looking ahead, a number of key events could continue to rattle the markets. For example, the Federal Reserve will have its scheduled policy meeting to discuss potential further steps to support the economy on September 16, which marks the central bank’s last meeting before the November elections.

Meanwhile, negotiations between Democrats and the White House for another economic stimulus bill may further add to market volatility at a time when the S&P 500 is at its highest valuations since the late 1990s tech boom, according to Sam Stovall, Chief Investment Strategist at CFRA.

The coronavirus has not gone away. There could be increased fear of a new wave of Covid-19 infections, especially with schools reopening. The New York City school system, the country’s largest, has already pushed back opening day.

The rally in tech stocks also exposes investors to a greater risk of a steep sell-off due to uncertainties over the presidential election, according to Charlie Ripley, senior investment strategist for Allianz Investment Management.

The presidential election “will bring volatility to the markets even beyond the actual election day. There is the potential things will not be decided the night of the election” due to delays in counting mail-in votes, Ripley told Reuters.

Additionally, ETF traders who are looking to protect their portfolios from potential pullbacks ahead may consider some exposure to bearish or inverse ETFs to hedge against further falls.