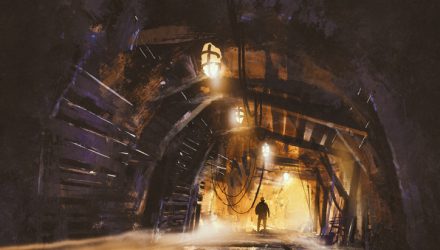 Be Careful With This Small-Cap Miners ETF

However, some commodities market observers are concerned that small-cap miners, such as those found in GDXJ, are poised to diverge in bearish fashion from their large-cap peers that dwell in GDX. The prognosis is interesting when considering GDXJ jumped more than 4% in October, but the fund traded slightly lower last Friday.

Some analysts also argued that precious metals found further support from risks of a global economic slowdown and expectations that the Federal Reserve will implement more interest rate cuts to offset the growth concerns.

“The decline’s continuation means that everything that we wrote above is more than up-to-date. It was just confirmed by juniors’ price action,” according to FX Empire. “If the breakdown was not a big deal, the junior miners could have rallied, just like the senior miners did. But that’s not what happened. The previously broken support has now turned into resistance, and it makes the possible short-term upside very limited. The downside, however, is huge.”

That forecast is ambitious when considering gold appears to have plenty of tailwinds, including lower interest rates throughout the world.

Gold’s upside, which often carries junior and senior miners along for the ride, presents a competing view to some traders’ belief that there’s near-term risk in junior miners. Still, the main small-cap miners could retreat over the near-term.

“The nearest strong support is the 2018 low, but we doubt that it will hold, given that the recent breakdown took place so close to it. The price had already taken a breather and it’s ready to slide further,” according to FX Empire.